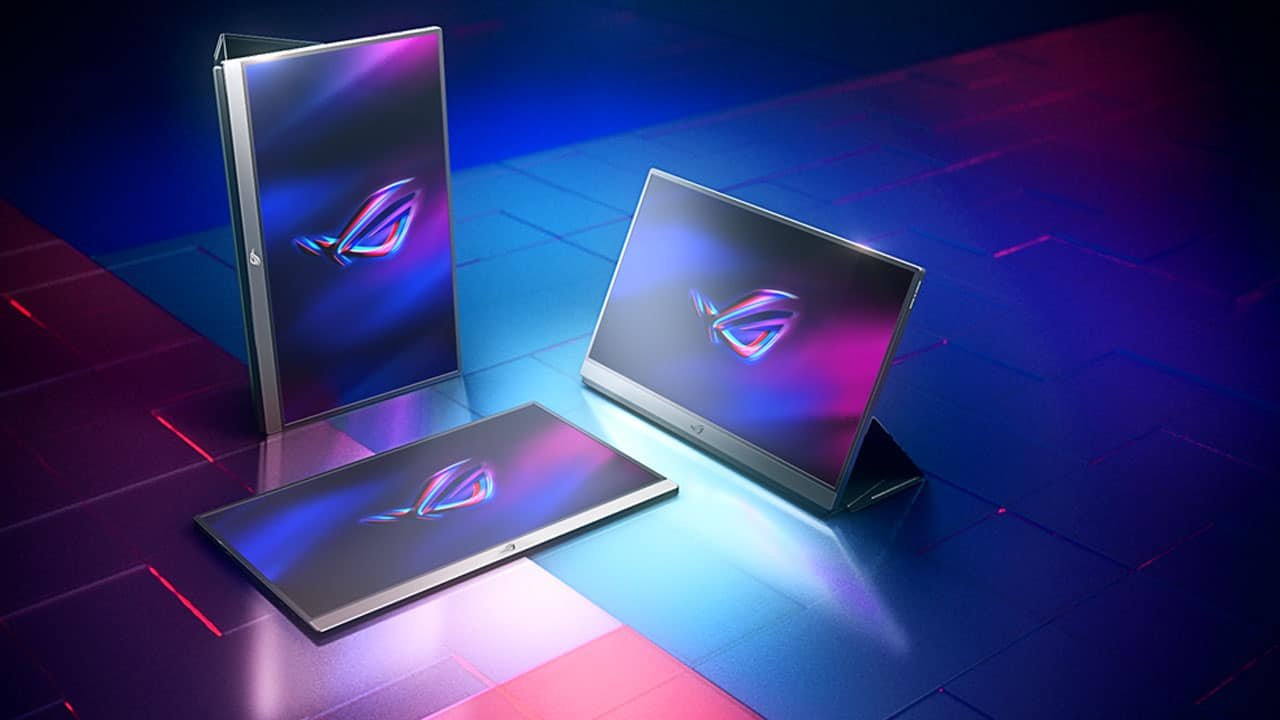 The ROG Strix XG17 features a 17.3-inch 1,920 x 1,080 IPS LCD, an adaptive refresh rate of up to 240Hz, and a 3ms response time. The monitor also comes with built-in stereo speakers, a magnetic kickstand flip cover, and even an internal battery. The battery should last for three hours when using 240Hz, and it supports Quick Charge 3.0 plus USB Power Delivery.

The XG17 offers both micro HDMI and USB-C (DisplayPort) for video input, so you can plug in anything from a PC to a Nintendo Switch, to a smartphone, and it should work. You will, of course, want to pair it with a relatively powerful gaming device to get the most out of it. According to ASUS, any laptop starting with an NVIDIA RTX 2060 or GTX 1070 should be able to run most first-person shooters at both 1080p and above 144Hz.

If you don’t need a portable gaming monitor but want a portable multi-touch screen, another option is present. The ZenScreen Touch is essentially a smaller 15.6-inch version of the XG17, and while it lacks a second USB-C port, it still packs stereo speakers plus the same 7,800mAh battery. It’s estimated to last for about four hours on maximum brightness, so you can expect longer battery life on normal usage. The touchscreen should work with any PC, but phone compatibility isn’t guaranteed.

There is no word yet on the ROG Strix XG17’s pricing yet, as it won’t be released until Q4 this year, but we do know that the ZenScreen Touch will be available in July for under $400. This, combined with the ROG Theta series headphones that will also start popping up in July, should prove to be a powerful asset to gamers who want to take their play sessions on the go.