Treyarch recently revealed new information regarding their highly anticipated title, Call of Duty: Black Ops IIII, including the inclusion of the Chaos Story as well revealing a new trailer for the intro cutscene of the third Zombies mode, which Treyarch is promising will be present on the disc.

The Blood of the Dead trailer was shown off for the first time, during San Diego Comic-Con 2018. Blood of the Dead will be a reimagined Zombies mode for Black Ops IIII, featuring the legendary and notorious Alcatraz Penitentiary. Fan favourite characters, including, Richtofen, Dempsey, Takeo and Nikolai, will all be back for the mode, giving something for long times fan to get excited over. 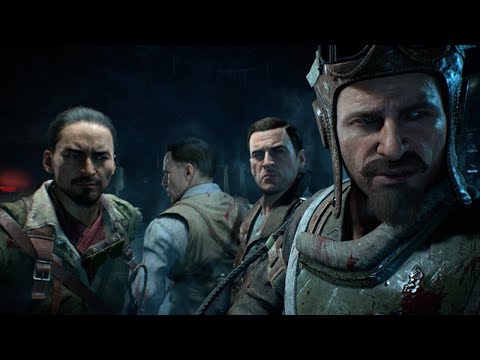 Treyarch also took this opportunity to reveal a special Mystery Box Edition of Call of Duty: Black Ops III, which will feature a cool skeleton design with lights and sounds, inspired from the game.

Fans who have missed the Zombies mode present in Call of Duty titles will be happy to know that Call of Duty: Black Ops IIII will include three full experiences at launch, Voyage of Despair, IX and the aforementioned, Blood of the Dead.