Street Fighter V recently got a new patch that introduced a slew of new downloadable content for fans to enjoy, amongst the costume DLC available for existing fighters, the game also received a revamped stage set in Thailand, the stage was inspired from Street Fighter II’s M. Bison boss stage.

Soon after going online, players noticed that they were unable to purchase the aforementioned map, Capcom as of this writing has removed it from purchase. Many have speculated the reason the map has suddenly been removed may be due to the stage’s background music, which some have cited to contain phrases from the Islamic faith. This isn’t the first where a game has been pulled by cautious developers for containing music or sound bits that resemble Islamic subject matter. In the past, The Legend of Zelda: Ocarina of Time released in 1998 for the N64, came under fire for containing Islamic sounding chanting in one of the dungeons of the game, additionally, in 2008, LittleBigPlanet for the PlayStation 3 was recalled and even delayed from hitting store shelves in some territories for containing phrases from the Qur’an in one of its tracks. 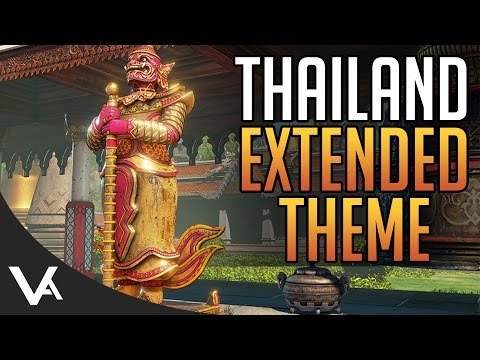 In both instances, developers were quick to remedy the issue and release updated versions of their games. It is unclear when the new stage will be put back online for purchase and whether Capcom will make a statement as to the reason for the sudden removable.