When Street Fighter V was released a few years ago the reception was understandably mixed. The fighting mechanics were rock solid. Obviously. This is Street Fighter that we’re talking about. The problem was that everything else around it felt like a shell of a full game that was meant to be completed through DLC greed. It didn’t kill the reputation of the franchise because Street Fighter is one of those legacy video game titles that will always be adored by anyone who enjoys the carpal tunnel syndrome inducing joy of mastering a fighting game. It did, however, feel like somewhat of a slap in the face to anyone who had stuck by the franchise for so long.

It took a while, but Capcom listened to the complaints and finally made things right. Street Fighter V: Arcade Edition fills in all of those irritating gaps in the original release. Best of all, for those who bought the original release and felt disappointed, all of the new content will be automatically updated for free. For those who held off, now you get everything all at once including the 12 DLC characters that were slowly passed out to those disappointed fans who picked up this game too early.

The first big addition to the game is ideal for all my fellow Street Fighter nostalgics out there. It’s an arcade single-player mode that allows you to fight through a tower of opponents themed to Street Fighter I-V. Each challenge contains only the characters from the original game (in the old-timey costumes no less) and even the barrel breaking bonus stages and old music return. There’s also a vast number of endings available depending on which era you beat with which character. In accordance with Street Fighter convention, it’s still art with text. But, they are always playful and reverent to the franchise. Unlockable artwork tied to the character’s journey will also appear, so gaming hoarders have hours of obsessive fun ahead of them through this mode alone.

The rest of the new additions are slightly less substantial and will roll out after the release. There’s a Team Battle mode that’s a pretty simple way for a group of up to five players to organize a couch co-op mini tournament with some minor tweaks available like how much health is carried over for the winner between rounds. There are Extra Battle and Special Challenges with unlockables (costumes, exp, fight money, etc.) available to players who enjoy such things, some of which will be available only for a limited time to get achievement hoarding gamers addicted. There’s also an update in training mode that allows you to view colour-coordinated frame data for each move so that you can spot hidden weaknesses and openings when learning new fighters or learning how to defeat ones who always give you trouble. A little update, but one that could help a great deal when you enter the painfully competitive world of online fighting games. Overall, there’s nothing too much new here for anyone other than the Street Fighter obsessives, but it still helps fill out the overall content.

In terms of gameplay, it’s essentially the same as the original release with the addition of new V-triggers. These are special moves that players acquire after taking a substantial amount of damage during a fight and are essentially defensive attacks that can transform any repetitive attack that your opponent has been laying on thick into a devastating counter that can turn a whole fight around. It’s a nice addition that should add a new level of strategy to online play until certain players inevitably find a way to turn them into cheap ways to garner easy comeback victories. But you know what? In cases like that, you’ve got to turn that old adage around and hate the player, not the game. It is quite a clever new strategic feature to add to the Street Fighter playbook that has been going strong for over 20 years.

So, there’s no denying that Street Fighter V: Arcade Edition is a vast improvement on the lacklustre original release. All of the lacking content is finally here and there are a handful of clever new editions to keep players coming back. It’s certainly nice that Capcom made the Arcade edition a free upgrade for players who felt let down by the original release and there’s no denying that anyone who hasn’t picked up Street Fighter V yet should rush to this version instead (especially since it comes with all of the DLC that came out between the two editions as well). However, something about the whole thing still leaves an icky taste in my mouth. Players who paid full price for Street Fighter V back in 2016 should have gotten all this content.

It’s only when you add everything together in the Arcade Edition that Street Fighter V feels like a full and satisfying triple-A title release. It’s a shame that we’ve all accepted our place on the commercial treadmill that gaming developers have created, where we have to assume that any game we buy at launch is at least ¾ of what’s actually planned for the title. We have to decide whether to slowly keep buying more DLC add-ons (don’t worry, there’s still another new season worth of DLC characters coming for you to buy) or wait a few years for a complete edition, by which time the game is passé. It’s really irritating and Capcom deservingly got called out for holding back content on the original release of Street Fighter V. Sure, it’s nice of them to release all this content for free to players who have stuck by the game for two years, but that feels like too little too late. Street Fighter V: Arcade Edition would have been an absolutely fantastic fighting game had all this content came out on the original release date. It’s still a damn fine fighting game now, but the motives behind how long it took for this full game to finally hit shelves and hard drives remain questionable and frustrating.

The Arcade Edition certainly makes up for all the criticisms tossed at the Street Fighter V for lacking content. This is a damn fine fighting game now, it’s just a shame everyone had to wait two years to get it. 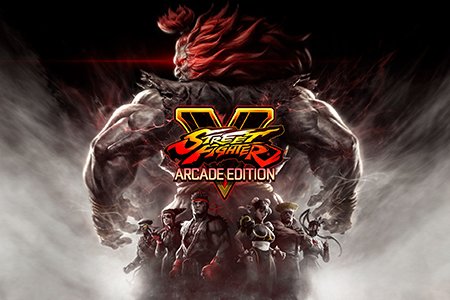