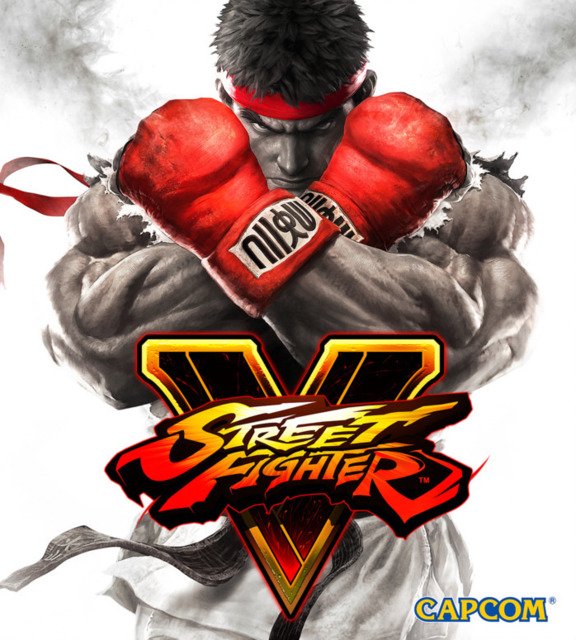 NetherRealm Studios cracked the code when it comes to making a fighting game that’s appealing to both casual and veteran players. Last year’s Mortal Kombat X offered a wealth of single-player content, including a robust and length story mode, alongside gameplay mechanics that rivals Street Fighter’s. It’s game that’s heavily used in fighting tournaments while also offering newbies a reason to play and get invested.

Street Fighter V definetly isn’t this kind of game. While Capcom’s latest entry in its revered franchise is engaging, gorgeous, and a blast to play, it feels like it’s solely made for fighting game vets and professional players. Street Fighter V, unlike its popular predecessor (Street Fighter IV), has a renewed focus on measured play. Long gone are the focus attacks, which allow players a safety net for when the going gets tough. The new V-system is the center of attention here. Each fighter, of which there are 16, have unique V-skills, a free-to-use action that differs for each of the fighters. For example, Necalli (one of the new additions to the roster), has a devastating ground pound that is made stronger when his V-skill is triggered. The other new fighter, F.A.N.G., can deal poisonous attacks instead.

Each of these 16 skills can drastically change the outcome of the battle, providing a tactical advantage for the user, while the other player has to quickly adapt and find a way to to deal with the V-skill in use. It’s an exciting system that invites more attacking play, and leaves those willing to play a more defensive game in the dust. As expected, Street Fighter V is a technical delight both mechanically and aesthetically. There’s enough here for veterans and pro players to suck their teeth into, and discover plenty of new ways to play and master each of the 16 fighters. I’ll bet my money they’re already doing just that.

This new focus on V-skills is also easy for newcomers to wrap their heads around, specifically because triggering them doesn’t require memorizing a plethora of button inputs. The game’s beginning tutorial teaches you how to use them from the get-go. But the game’s biggest shortcoming is its lack of content. It’s shockingly barebones to the point of being completely unacceptable.

There’s no regular arcade mode where you can go through 10 rounds of fights. Actually, there’s very few ways you can actually fight against the CPU. The game only contains a poor “story mode” and a survival mode. The story mode has you complete 5-minute prologues for each of the characters. They only last 2-4 fights each, and will take you less than an hour to complete in total. The writing and voice-acting is poor, and the stories for each of the characters makes little sense. One of the new fighters for example, Brazilian Jiu-Jitsu practitioner Laura Matsuda, simply wants to fight random people around the world for an unexplainable reason.

These stories are told through legendary Street Fighter artist Bengus’ beautiful hand-drawn, storyboard-like images. However, despite looking pretty these still images still come off feeling awkward only because they’re a poor way to tell a story. You never have a sense of any emotion or stakes when all you get is lousy voice-over work alongside lifeless images.

Survival mode is exactly what you’d expect — survive as many rounds of fights as you can, while purchasing health revival, stronger attack and defense, and other abilities. It isn’t anything exciting or groundbreaking, but it’s still the best way to play Street Fighter V without engaging in online play.

And speaking of multiplayer, in the moments I was able to connect to the servers and fight other players (what with playing the game during prelaunch and all), it was mostly smooth. This is where Street Fighter has always shined, and you really get a sense of the intricacies and myriad complex mechanics Street Fighter V’s gameplay has to offer. You can participate in casual and ranked matches, as well search for particular fighters around the world and view their player stats.

Capcom has promised future content down the line, with the challenge mode coming in next month. Also, the six fighters that will be making their debut throughout the year can be purchased with real money or Fighter Money — Street Fighter V’s in-game currency. Completing the entire story mode will net you 100,000 Fighter Money which, according to Capcom, is enough to purchase one character. However, finishing and winning an online match will only net you 50 Fight Money, which isn’t enough. Hopefully the challenge mode will provide a better way to further earn Fighter Money in reasonable amounts besides completing the story mode. Otherwise, you’d be looking at buy new characters with your hard-earned cash.

Street Fighter V has one of the strangest launches I’ve seen for a fighting game. What’s available to play right off the bat is mostly terrific. Its gameplay retains the series’ exceptional quality — you simply won’t find a better fighter out there — but its lack of meaningful content is worrying. If you’re not willing to master the game’s mechanics, and focus on playing against other veteran players online, then this isn’t the game for you.

While trying to make the series more accessible to casual players by implementing the V-system, Capcom once again pushes them away by ignoring Street Fighter V’s single-player component.