Dead Maze is a free to play 2D isometric MMO game, created by Atelier 801. The game emphasises player collaboration during the aftermath of a zombie apocalypse. Players will need to scavenge materials, craft equipment and try to survive the end of the world.

“We want to build fun multiplayer games that players around the world can enjoy together,” said Mélanie Christin, co-founder of Atelier 801. “With Dead Maze, that meant looking at how we can approach a zombie themed MMO game that feels fresh and new for the genre, where cooperation is key. I believe we achieved that with Dead Maze thanks to its unique art style, deep crafting system, and our growing community of players.”

Players will be able to use over 500 weapons to keep the hoards of the undead away from their brains. From an old kitchen knife to old undergarments, nothing is off limits to defend yourself with. Players can establish a home base that they can always come back to and replenish their supplies before going back out to challenge the army of the dead.

Atelier 801 has plans to continue supporting Dead Maze post-launch with new and exciting content from additional story-driven campaign quests to the upcoming map editor, which allows players to create and share their own adventures – and share them with the community. 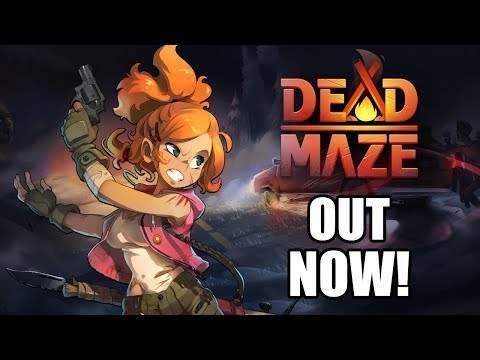 For those who want to stay updated on Dead Maze, they are available on Twitter and Facebook.

Liked this article and want to read more like it? Check out  Nathan Shubert’s Evil Dead (Movie) Review and Dead Island (PS3) Review.