With its 2018 release window still a little far away, any actual details outside of the cast for the upcoming The Batman have been scarce.

Well, finally Batheads have some good news to look forward to regarding the development of the film. According to director Matt Reeves, fans can expect a noir-styled story for the caped crusader.

The news came from an interview with the YouTube channel New Trailer Buzz where Reeves talks about what drew him to the project. According to Reeves, he sees a lot of similarities between Batman and War for the Planet of the Apes protagonist Caesar. He describes them both as characters trying to do the right thing in a corrupt world, and that opens up interesting avenues for The Batman’s narrative.

“There’s a chance to do an almost noir driven detective version of Batman that is point-of-view driven in a very, very powerful way, that will hopefully connect you to what’s going on inside of his head,” says Reeves in the video interview. 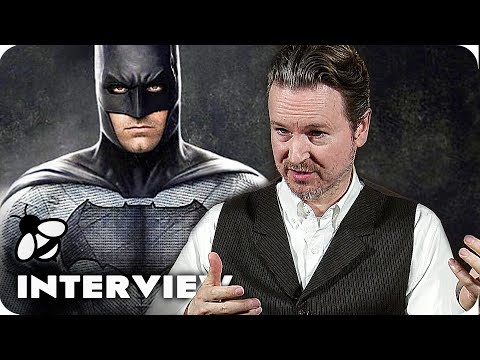 This is the first bit of actual plot details fans have gotten about the movie since Joe Manganiello was cast to play the role of Deathstroke, giving fans insight to who Batman will fight. Now, knowing the details Reeves shared, fans can now speculate how the story may play out.

The idea of an emotionally driven noir-style drama definitely fits the Batman style. Nolan’s Dark Knight Trilogy touched on that with the death of a love interest, so it will be interesting to see how The Batman tackles that side of the bat.