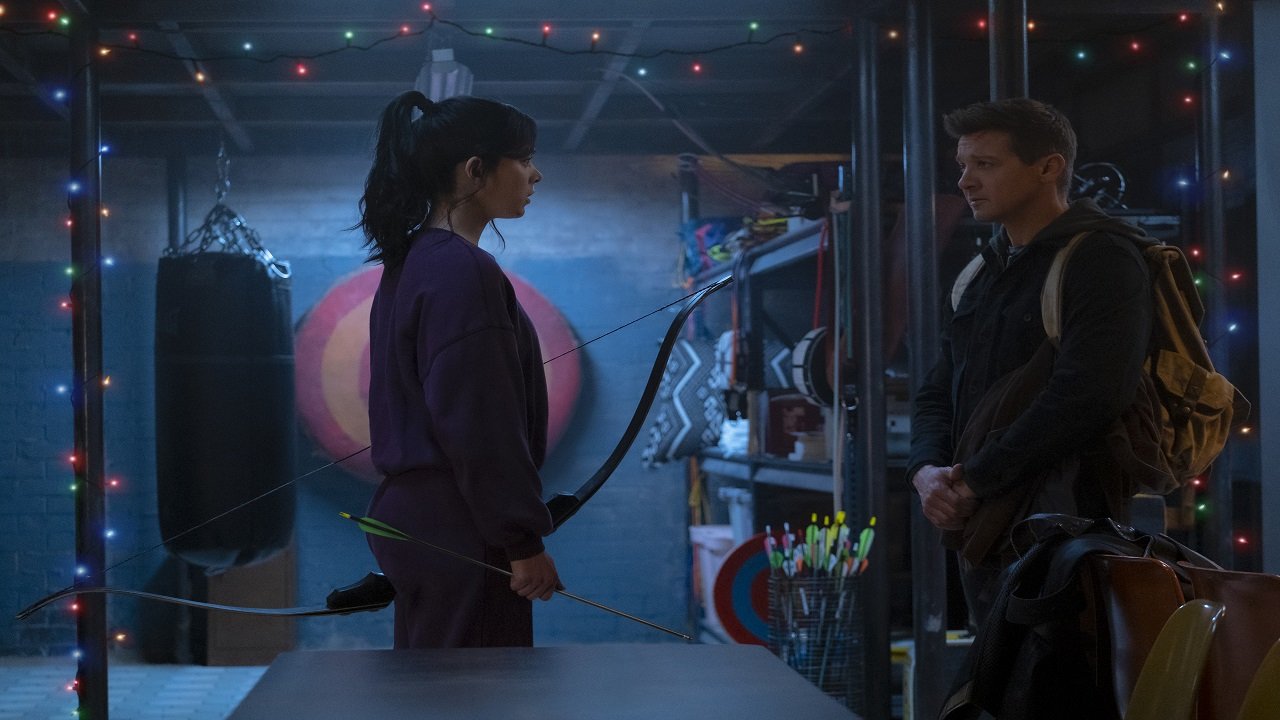 Former Avenger Clint Barton has one mission: to get back home to his family for Christmas. He’s got some help too. Kate Bishop, a 22-year-old archer has dreams of being a superhero but first, she needs to work with Barton — and his past, which threatens the balance of everything.

Jeremy Renner returns to the role of Hawkeye once again, reprising his role from the films in the Marvel Cinematic Universe. This will mark the eighth time the actor will have played Hawkeye in Disney’s long-running Marvel adaptations. Fans of the comics will recognize Kate Bishop as the first female portrayal of the Hawkeye character.

And this may be Hailee Steinfeld’s first appearance in the MCU, but it’s not her first time bringing comic books to life. She played Gwen Stacy/Spider-Gwen in Spider-Man: Into the Spider-Verse. She’ll be playing Gwen again in the upcoming sequel too, which is set to release in 2022.

But you’ll get to see Barton and Bishop butt heads while they try to get him home for Christmas in just a few short months. Hawkeye debuts on Disney+ on November 24, 2021. The film also features Vera Farmiga, Fra Fee, Tony Dalton, Zahn McClarnon, Brian d’Arcy James, and Alaqua Cox. Helmed by Rhys Thomas and directing duo Bert and Bertie, Hawkeye will be available to stream before the holidays!