A Tale Of Two Archers 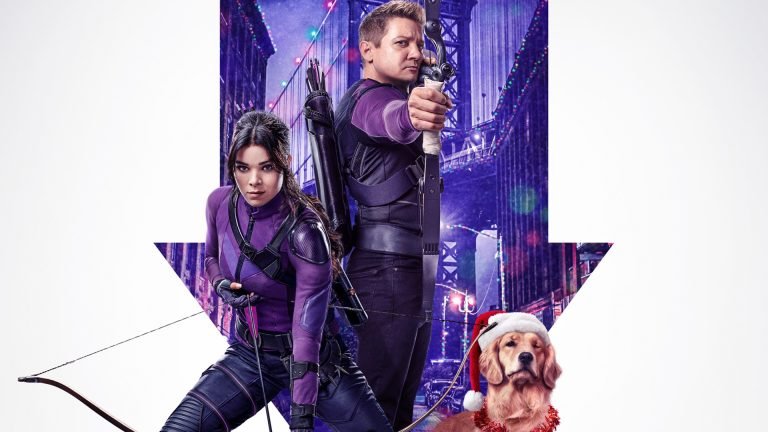 After being introduced to the Marvel Cinematic Universe nine years ago with Avengers, Hawkeye has finally gotten his starring role in a Disney+ series of his own name. Hawkeye has long been one of the most sidelined characters in the MCU, and after watching the first two episodes of the series, I’m a bit worried about the whole experience being something memorable.

Taking place after the events of Avengers Endgame, Hawkeye sees Clint Barton spending time with his children in New York City, then struggling to get home in time for Christmas when a threat from his past reemerges. On the other side of the coin is Kate Bishop, a young girl who has idolized Hawkeye most of her life, who finds herself embroiled in a growing conspiracy.

The biggest problem with the first two episodes of Hawkeye is that the show feels like it’s meandering too much, and there’s not a good sense of where things are actually going. The pacing feels quite sluggish in the first two episodes, but there’s the possibility of something interesting emerging as new characters emerge, and puzzle pieces start to fall into place.

Despite the show being called Hawkeye, this is clearly Kate Bishop’s story first, and Clint’s story second. That’s not to say Clint doesn’t play a massive role, he does, but Kate’s story and development is first and foremost. The good news is that Hailee Steinfeld is absolutely killing it as Kate, and she gives the role a standout kind of naive humour. That being said, outside of Clint himself, none of the characters around Kate feel particularly interesting or memorable.

Kate comes from the lap of luxury, and although she experienced some major trauma as a child, it’s clear she’s never had to go without what she wants, even having the time and money to learn how to essentially be a vigilante in her teenage years. Early in the first episode, there’s a scene where Kate’s mom admonishes her for some pretty serious damage that Kate caused to the ground of her university, and while she gets in “trouble” it’s nothing the family can’t pay off.

“Despite the show being called Hawkeye, this is clearly Kate Bishop’s story first, and Clint’s story second.”

In 2021, I have some serious reservations about introducing a superhero that’s known nothing but wealth her whole life. While Kate seems to be unravelling a conspiracy with the wealthy and powerful of New York, there’s nothing about the first two episodes that suggest that Kate will have to come to terms with her own privilege. Some of the best Marvel content out there, both in film and comics, deals with superheroes having to grapple with the responsibility of their own powers and actions. I love Steinfeld’s portrayal of Kate so far, but I hope the show does more to bring the character a reckoning.

On the flip side, you have Clint, an Avenger now wracked with guilt and trauma over the loss of his best friend, Nat, in Endgame. It’s clear that Clint is trying his hardest to be a normal family man, and although I’ve never found the MCU’s Hawkeye all that interesting of a character, I like how the show is currently portraying his inner turmoil of being a superhero while wanting to be normal. There’s a serious sense of “I’m too old for this” with Clint, and it works.

The action scenes, so far, are also quite fun, especially as they really show the inexperience of Kate juxtaposed with the overwhelming experience of Clint. The dynamic the two characters have works well, with Kate’s slack-jawed reverence of Hawkeye, and Clint’s exasperation.

“There’s a serious sense of “I’m too old for this” with Clint, and it works.”

The other aspect of Hawkeye that shows promise is the villains, who feel like hilariously overdone caricatures. You have a criminal group literally called the “Tracksuit Mafia,” who feel like Russian mobsters pulled straight out of a comic book. Then you have Jack Duquesne, who’s seemingly being set up as a foil to Kate and is quite literally a mustache-twirling villain.

Leading up to Hawkeye’s release, Disney has put a huge emphasis on the Christmas aesthetic of the show, and while it certainly does take place during the holiday season, so far it just feels like set-dressing. There’s a surprising amount of holiday music used, but there’s nothing inherently Holiday-y about the show.

While a lot of the singular elements in Hawkeye are good – Steinfeld’s performance, the comically overdone villains, etc. – as a whole, I can’t help but worry that it’s not going to go anywhere meaningful. The slow and meandering pace, so far, absolutely does not work in the show’s favour, and Hawkeye is at its best when both Kate and Clint are on-screen, which there’s surprisingly little of in the first two episodes. Hawkeye has promise, but between the dissonance of Kate’s character and the pacing, it simply doesn’t feel like it stacks up to the other Marvel shows just yet.