EA and DICE have just released a new trailer for Battlefield V in time for Gamescom 2018.

The new Battlefield V trailer focuses on the Rotterdam map, which will be playable on the show floor during Gamescom 2018 for those in attendance.

The map promises to offer players a visceral and engaging depiction of World War 2 — with an added emphasis highlighting never before seen aspects of the war, through gameplay moments that take players to the streets of Holland, during the tense moments in which the Germans attempted to seize the Dutch city. 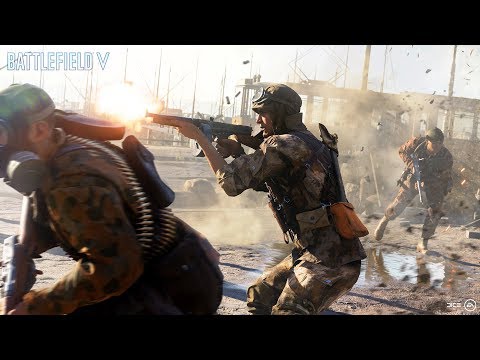 Of Course, it wouldn’t be a Battlefield game without some destructible environments and Battlefield V’s Rotterdam city map promises to offer an explosive variety of highly detailed destruction.  Finally, the trailer ends on some quick snippets of some of the other locations players can expect in the full release of Battlefield V.

Battlefield V will be available October 19, 2018, or on October 11 for those who subscribe to EA’s Origin Access member.