Egglia: Legend of the Redcap to Release in August

DMM’s new mobile game, Egglia: Legend of the Redcap, will be releasing this August.

Powerchord Studio and Brownies Inc announced that their upcoming mobile RPG will be releasing outside of Japan on August 3. In preparation for the game’s launch, the team behind Egglia has launched English pages for Twitter and Facebook. A new trailer has also been released to introduce fans to the world and combat in Egglia: Legend of the Redcap. 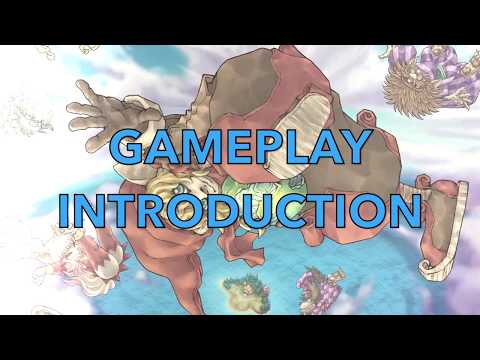 In Egglia: Legend of the Redcap, players take on the role of an elf named Chabo as they explore the world of Egglia. Navigation through the game’s world is done through a turn-based RPG system operated through a hexagonal grid. Egglia allows players to gain experience and level up while taking on monsters while gathering and managing resources found throughout the world. Egglia: Legend of the Redcap features a unique dice combat system, which will have players face a number of increasingly difficult battles as they progress through the game’s story.

Egglia: Legend of the Redcap also features a unique game mechanic that allows players to collect eggs. These eggs can be hatched by the player, creating and unlocking different lands of the world of Egglia. As players unlock new areas, materials can be gathered to upgrade existing villages and evolve assistants known as spirit companions, partners who will assist in battles.

As a subsidiary of DMM, Powerchord Studio is known for developing some of the most popular titles within the Japanese market. In 2013, DMM released the free-to-play title Kantai Collection. Since its launch, the game has gone over to gain over three million registered players in Japan alone. The game also went onto receive a number of adaptations in the form of an anime series and animated film. Spinoff games were also developed along with the announcement of an upcoming sequel.

Egglia: Legend of the Redcap will be release on Android and IOS devices on August 3 for a one-time purchase of $9.99.