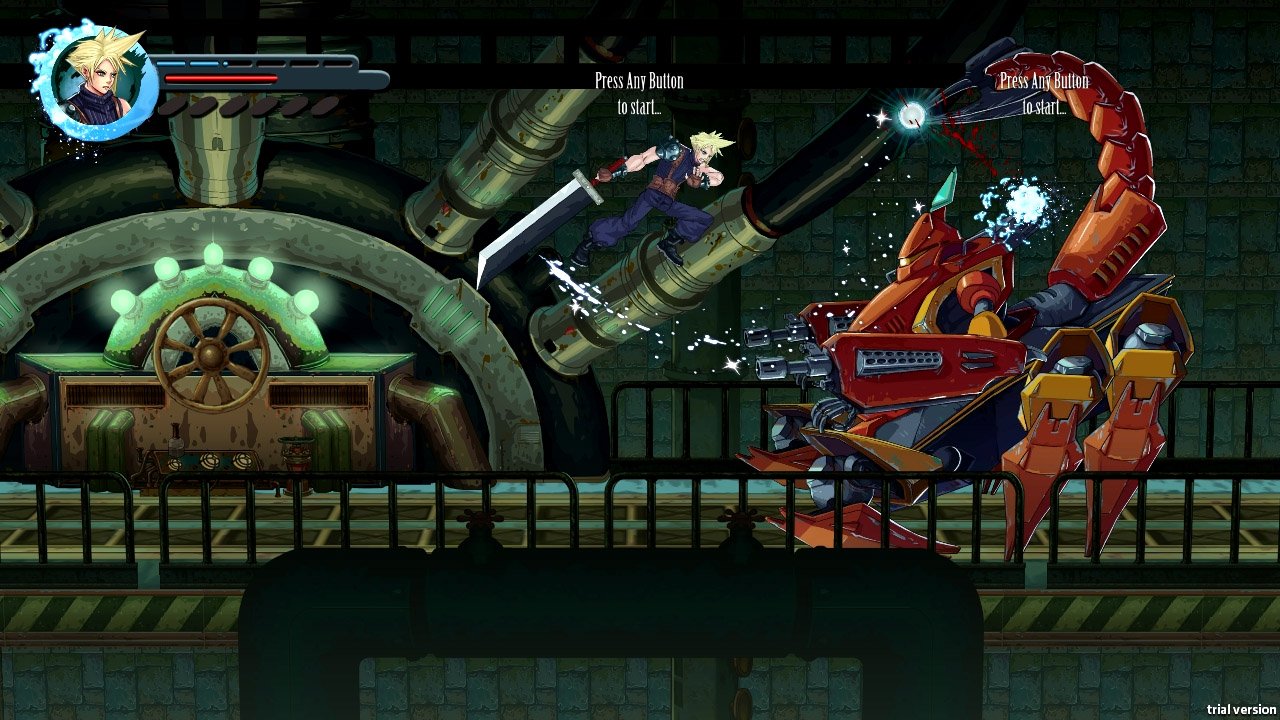 Final Fantasy VII has since its release been a fan favourite. It captured an audience and to this day, they are clamoring for more. From the spin-off games to the Advent Children movie, fans can, for some reason, not get enough of this series. But to this date there are no side scroller versions of the game, at least until now.

A group of fans have built Final Fantasy VII: Re-Imagined, a 2D brawler, akin to Dragon’s Crown within the Final Fantasy VII universe. With some fantastic visuals and tight gameplay, this is the FFVII game you’d never know you needed in your life. It is far better than many fan made projects and shows a take on the franchise, that I honestly would like to see more of.

Final Fantasy VII: Re-Imagined lets you play as either Cloud or Tifa. The dark grey, blue and green colour palette, make for fantastic visuals as you work your way through the game. The game will also feature co-op if you happen to have a spare controller laying around.

Final Fantasy VII: Re-Imagined is built as a fan made, not for profit project. That being said, I fear Square Enix will not take too kindly to the intellectual properties being used in a game without written consent. I can imagine a cease and desist letter in the future for this project. So if you are interested in the project give it a try before it is too late. Head over to ffvii-reimagined.com and download the game.

The game built by PD Design Studio is just one of the many projects they have worked on. They are also known for Dusty Revenge currently on Steam and Dusty Raging Fist that is currently in development as a sequel to Dusty Revenge. Both these games are similarly styled 2D brawlers. PD Design Studio clearly know how to craft this style of game. We will keep you posted on this project and if any new developments come out from it.