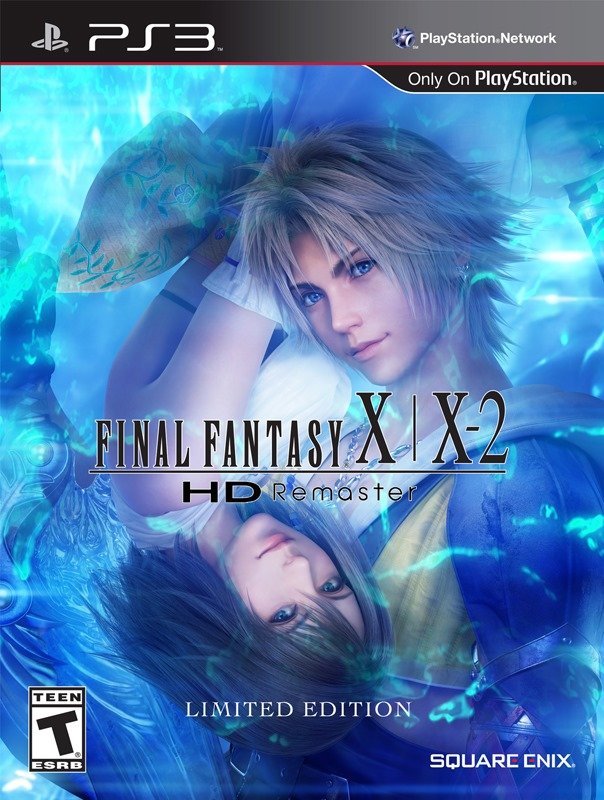 The Bright Spot In The Squenix 2014 Line-Up

It says something about a company’s fortunes when one of the best games in their library for a new year is one of their old games. That’s the situation we have with Square-Enix and their line of internally produced games. Final Fantasy XIII: Lightning Returns is a mix of interesting mechanics with disastrous story telling. But now there’s a break in the clouds, and the stormy fortunes of Squenix are temporarily calm. Final Fantasy X, in HD, is here, and this is probably Square-Enix’s best internally developed game for the year.

Flashback To The Sakaguchi Years

The Final Fantasy X/X2 HD Remaster is as much a time capsule of industry history as it is an uprezzed version of an old, beloved game. Produced in 2001 and 2003, these are the last games from Square that had the touch of Hironobu Sakaguchi, creator of the FF franchise. He would be unceremoniously ejected from the company two years after the disastrous Final Fantasy: The Spirits Within CG movie tanked at box office, and put the company in such dire financial straits that it was forced to merge with Enix.

What this means is that FFX represents everything about FF games that fans over the years found so special. There’s a complex lore, a whole new world, and a simple story of friendship and love that is wrapped up in themes of environmentalism, spiritualism, and, of course, turn-based combat and elaborate monster summoning animations. FFX-2, on the other hand, is an interesting hint at the beginning of the end. Directed by Motomu Toriyama, the plot ignores emotional continuity in favor of a bizarre new tangent while at the same time embracing new gameplay systems that created an interesting, but conflicted title. In short, Toriyama here first shows off the signature, fractured sense of game design that he would eventually bring to Final Fantasy XIII-2 and Lightning Returns. He’s great at systems, but loses the heart and plot of the story, something Sakaguchi was always careful to maintain during his tenure on the FF series.

As with any compilation, there’s little point in going over old ground; these games are over 10 years old, and fans of the genre already know what they’re getting into. So the question becomes, “What makes these games worth buying again?” The obvious answer, first and foremost, is the HD re-mastering. Square games—like Sony Santa Monica games—were always among the top tier of the most graphically impressive titles in the Sony library, and that’s a strong foundation to start with. The sheer size of a FF game makes a complete overhaul infeasible, but Squenix has given a face-lift to the main characters and the environments while ignoring the generic NPCs that populate the villages. FFX—but not X-2—has also gotten an improved soundtrack, sounding even more orchestral than ever. These games obviously pale in comparison to something like Ryse or Killzone: Shadowfall, but hold up surprisingly well with the HD facelift and strong art direction.

There’s also some additional content for veterans to peruse. Only serious importers ever got a chance to play the “International Editions” of these games, but those versions are included here, which amount to some extra bosses, new sphere grids for FFX, new dress spheres and dungeon for FFX-2 and even a new 30 minute audio drama. It’s all pretty decent fan service for North American players that are familiar with the series that now get a chance to play some new content and get a few more plot and character development moments.

All of this comes at a pretty reasonable price of $40, which is impressive value when you consider the massive scope of these games. The only other compilation which surpasses it for sheer value is probably Konami’s Metal Gear Solid collection. This HD Remaster is a definite buy for fans, especially those unhappy with the recent direction of the FF series. It’s a return to the good old days, with deep gameplay, compelling plot and some polished up graphics to hide the wrinkles in an otherwise quality JRPG.