GWENT, one of the stand out aspects of The Witcher III: Wild Hunt. Taking some of the best aspects of many tradable card games and boiling it down, GWENT has captured the imagination of people worldwide. Today, CD PROJEKT RED announced that the GWENT closed beta had been pushed back to October.

At E3 2016, CD PROJEKT RED announced that GWENT: The Witcher Card Game would be coming out in September. The game coming to PC and Xbox One brings the fun of the Gwent game from The Witcher III: Wild Hunt and makes it accessible as a stand-alone product.

In a statement CD PROJEKT RED outlined that “At E3 we announced that we’d launch the Closed Beta of GWENT: The Witcher Card Game in September,” they go on to say that “Unfortunately, we feel we need some extra time with the game before we hand it off to you for testing.” 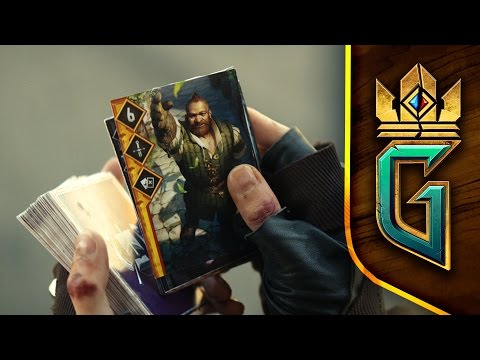 With games players so excited for the game, it is no wonder CD PROJEKT RED wants to ensure things work out well. That is why when they say “Delivering a good game is more important to us than keeping a deadline. Still, that doesn’t mean we don’t realize that delays can be disappointing, and we apologize for making you wait.”

The Witcher III: Wild Hunt was first released on May 19, 2015, where it has managed to gain positive reviews from critics and fans alike. The GWENT aspect of the game has been a fan favourite, with physical versions of the game sold via the Witcher online store. CGMagazine previewed Gwent at E3 2016, where our critic, Jed, had concerns about the balancing of the game.

The Gwent closed beta will now launch on October 25th for Xbox One and PC. If you would like to be a part of that, the registration is still open over at the official Gwent site.