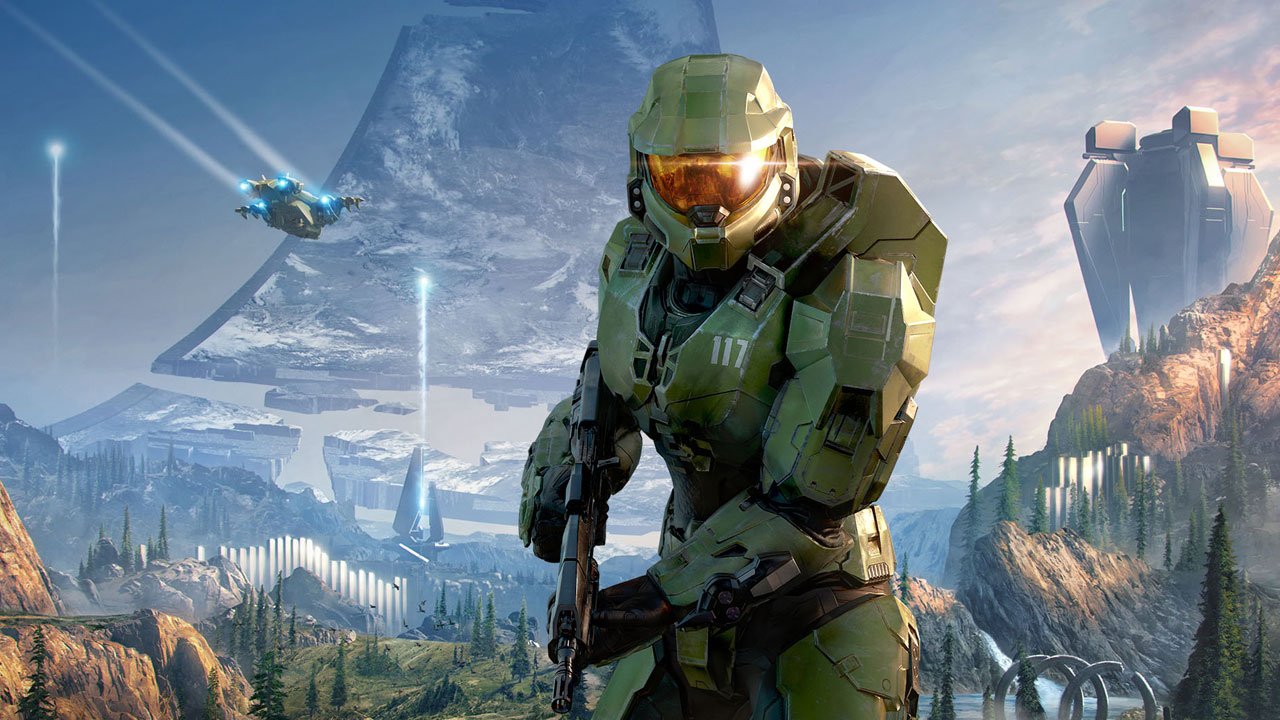 Halo Infinite will include a new, but familiar-looking cover for players who have stuck with the series since its original game.

In a tweet by the official Halo account, Master Chief was seen standing on a new activation ring surrounded by a lush open world. He is also packing the iconic assault rifle while some UNSC backup arrives a bit too late for a downed pelican on the right. A familiar installation tower can be seen to the right while players might remember the large halo looming over the entire map – except this one is broken to remind players Infinite isn’t a remake of Combat Evolved Anniversary.

The box art also comes a day before the campaign gameplay reveal for Halo Infinite, which is anticipated as the sixth streamline title in the series following 2015’s Halo 5: Guardians. Following the resurgence of Cortana, Master Chief and Blue Team were rescued by Fireteam Osiris. It’s likely Chief and the UNSC will be exploring a derelict halo ring in the journey to stop Cortana from taking over the universe with Forerunner Guardians.

According to VG247, an insider revealed the Chief has a grappling hook – something that will be helping the Spartan soar over obstacles and possibly send Grunts flying in the air. It’s also seen on the Chief’s left arm in Halo Infinite‘s box art, while the campaign demo might give us an early glimpse of its uses. Like Doom Eternal, the grappling hook could be used strategically to zip around a battlefield. The leak claims sprinting will be making a comeback after it was first introduced as a Spartan ability in Halo Reach. It has since been a staple part of the Chief’s skillset and is expected to be permanent in Halo Infinite.

You can see the hi-res box art in its full glory below, and tune into the Halo Infinite Campaign Gameplay when it happens with the Xbox Games showcase on July 23, 2020 at 12PM EST (9AM PT).