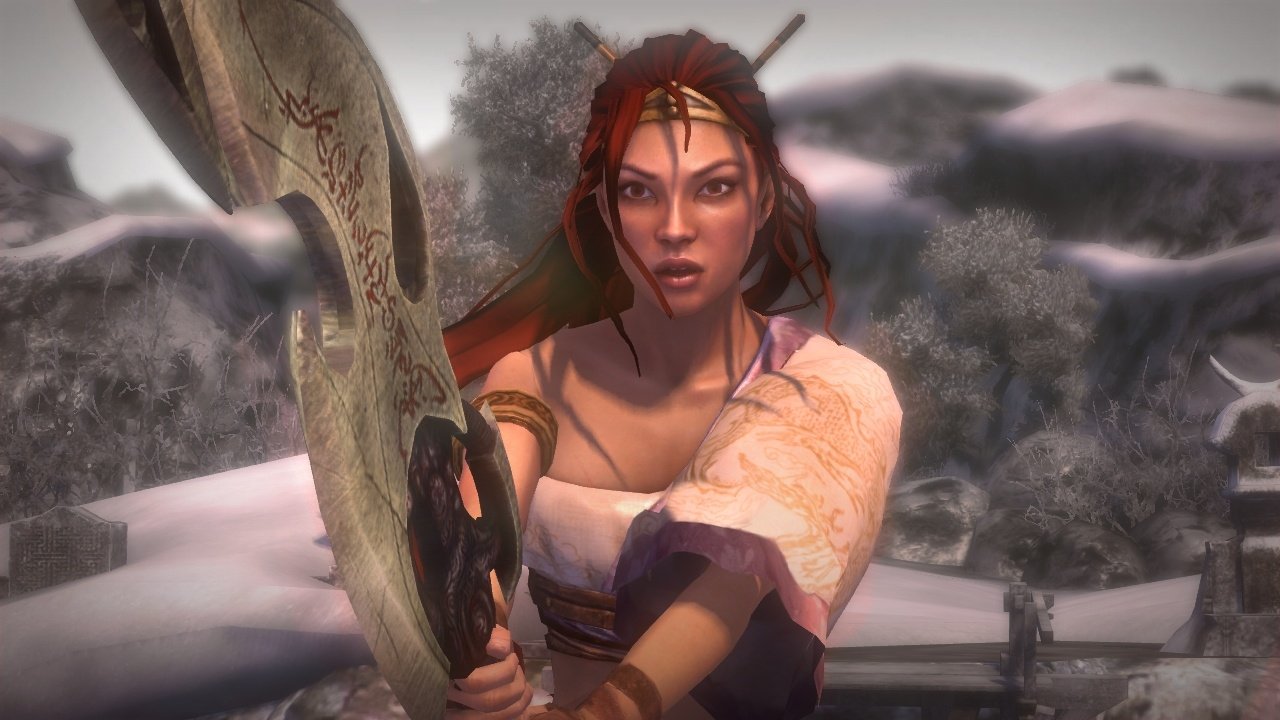 Back during the launch window days of the PS3, Ninja Theory put out a pretty good looking (by launch standards) 3rd person brawler known as Heavenly Sword, it featured the then little know actress Anna Torv, Andy Serkis, who had already made a name for himself as motion capture actor extraordinaire (ie, Golem in The Lord of the Rings series) with writing by Rhianna Pratchett. The game received decent reviews, made an unimpressive amount of sales and was quietly relegated to the pile “didn’t quite succeed” new franchises. Somehow, despite all that, there is now a computer animated Heavenly Sword movie coming out, and while it still stars Anna Torv as the voice of Nariko, the heroine, Andy Serkis is unavailable to reprise the role of the villain King Bohan. Instead, Alfred Molina will be stepping into the arena to provide what will probably be a very different interpretation of the gesticulating villain.

It’s decidedly odd that a debut IP that didn’t even blossom into a full blown series is getting its own film. In an interview with IGN, the creators of the movie explain that in some ways, the Heavenly Sword CG feature was actually an “audition” of sorts, to prove to Sony that the company could produce watchable piece of CG animated entertainment on a small budget. Now that the movie has proven its technically feasible to produce CG features at a more modest budget, this has given Blockade Entertainment the green light from Sony to go ahead with a much more established IP; the Ratchet & Clank series. The Heavenly Sword movie is set to run in a few select theaters, but will largely go the direct-to-video route for most viewers. The film is set for release June 2014.