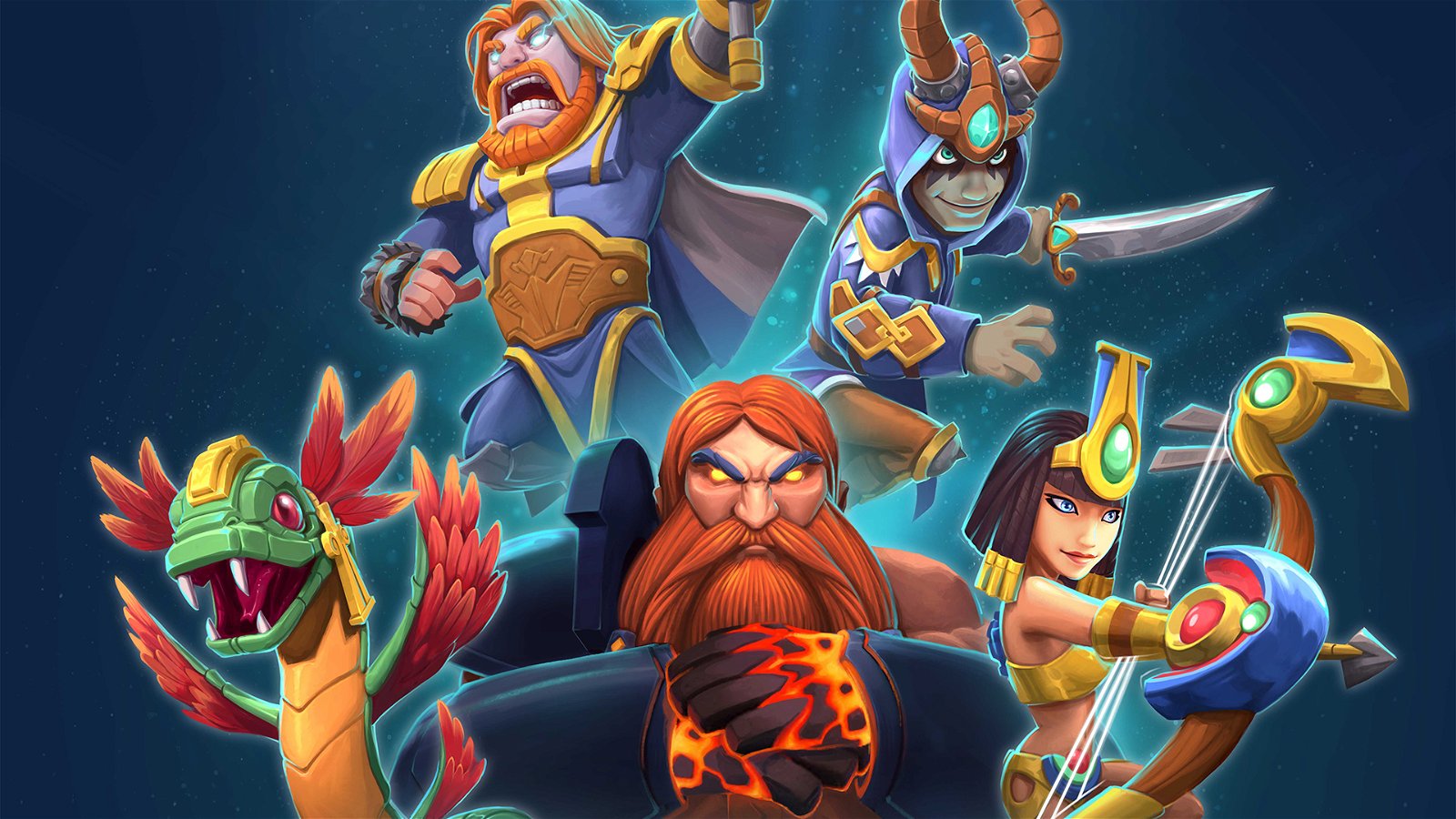 It seems everyone wants in on the virtual card game trend, thanks to Hearthstone. From Elder Scrolls to even The Witcher, it’s a craze that doesn’t seem to be going anywhere anytime soon. Wisely, Hi-Rez is deciding to capitalize on that craze using their popular SMITE brand with SMITE Rivals.

But Rivals looks to have a little more to it than slapping cards on a table. Each one-on-one battle is represented by a three-lane map, rendered in pixel art. Every time a player throws down a card, they do so in one of the three lanes. The end goal is the same as it is in a game of SMITE – crush the enemy’s defenses and destroy their tower. However, this concept is being done using card combat and a more traditional, turn-based tower defense affair. It’s a pretty interesting hybrid of different genres, which makes it stand out to me.

Rivals will be released simultaneously on PC and mobile, from my understanding, and will have cross-platform saving capabilities.

“Not only will players collect and command an army of their favorite characters in a new and fun art style,” says Rivals Executive Producer Brian Grayson, “but we’re excited to share that in-game progression will be continuous across all platforms. If you play on PC, you can pick up wherever you left off on your mobile device, and vice versa.”

I don’t particularly have an investment in SMITE, to be honest – I’ve never actually played it. However, Rivals honestly looks like something that I might have to give a whirl. It looks like an interesting twist on the collectible card game formula, and has a pretty neat presentation that I dig. It’s something I’ll definitely give a shot later this year, considering it’s free to play across all platforms, like Hi-Rez’s other products.

File Under: Free To Play, SMITE