Call of Duty: WWII will be introducing a thrilling new game mode called Hordepoint today. It will be a combination of the classic Hardpoint mode and an attack of the undead. To win in this mode, players must defend their point from not only the attacking team, but also the onslaught of bloodthirsty zombies.

Hordepoint will only be available for a limited-time starting today, and with the hot fixes for the PC version just made yesterday, players are more than prepared for combat.

These fixes include the top concerns since Call of Duty: WWII’s update last week. The issue where party members can join a match using the new playlist tiles without a party leader has now been fixed, as well as UI issues with dates and where kill counts and tracking did not display correctly.

Meanwhile, the top 100 players in Call of Duty: WWII Ranked Play Season 2 now have their helmets display the right season number, and Top Ranked Play Season 3 players can now receive their own helmets. Cosmetic fixes have also been done along with a fix for the incorrect spawn site placements on the Sainte Marie du Mont map.

Hordepoint fits right in during the Attack of the Undead! community event. The multiplayer battlegrounds of Call of Duty: WWII has never seen more blood and grit as they fight alongside the returned Captain Butcher with his new ranged and melee weapons. These include the Blunderbuss shotgun and the epic Claymore longsword, making for high-octane battles. 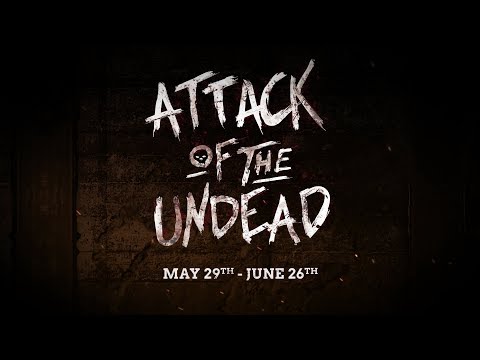 Liked this article and want to read more like it? Check out Brendan Quinn’s Call of Duty: WWII article.