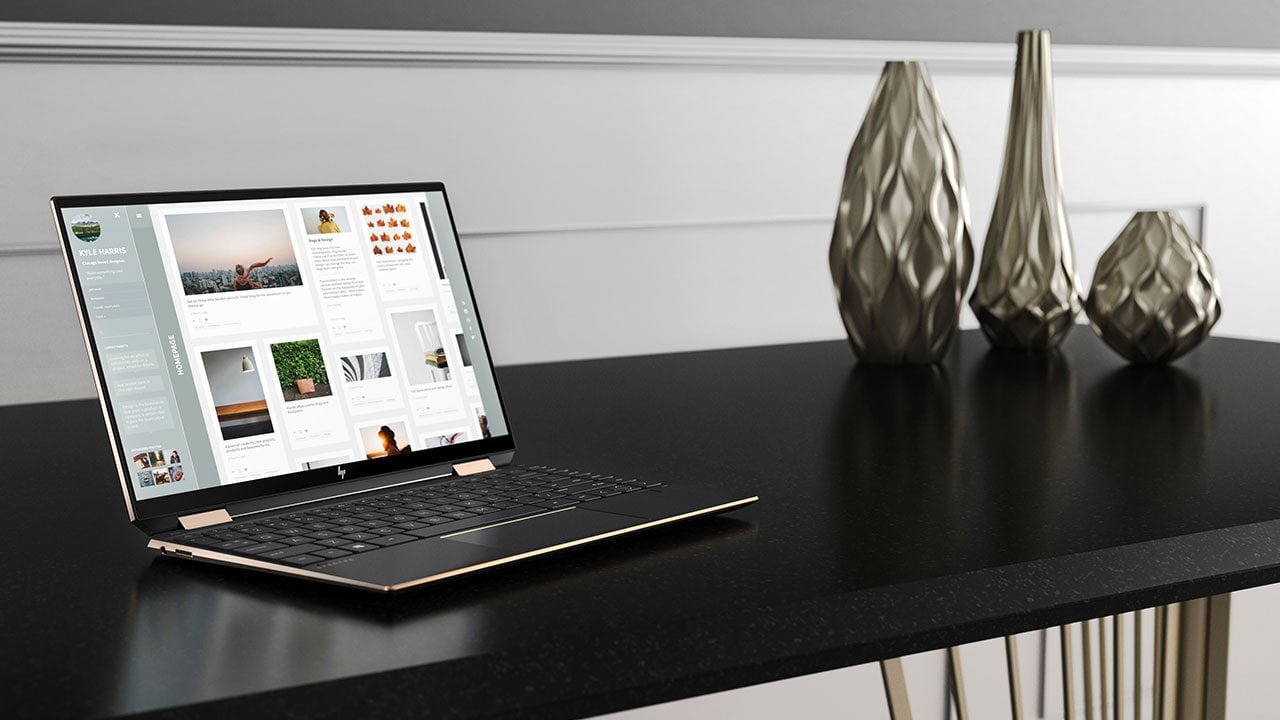 Key features of the Spectre x360 13 include a 13% smaller size than last year’s model, with an industry-leading 90% screen-to-body ratio at every angle and a 2.8 lbs. chassis – all with increased power; up to 22 hours of battery life, and two times the performance of the previous generation; and HP’s Webcam Kill Switch, that keeps users safe from webcam hacking with a physical on/off switch to electrically turn off the webcam when not in use, and an optional built-in privacy screen using HP’s award winning Sure View Gen3.

In addition, HP announced two new Chromebooks, the Chromebook x360 12b and Chromebook x360 14b, which will be available later this month via HP.com and select retailers. Both devices are the first HP Chromebooks to be USI pen enabled, offering a two-way communication protocol between a stylus and a USI enabled display for a consistent, easy-to-use experience across all USI devices.

The selling points of these Chromebooks include a design that accommodates both those on the go, or on the couch; 10-12 hours of battery life and a more efficient fan-less design; compatibility with the HP Rechargeable USI Pen and magnetic pen dock on the side of the chassis and Google Assistant; and access to an expansive library of apps from the Google Play store as well as a one-year subscription to Google One – an all-in-one shareable plan that gives users access to expanded storage, Google experts, and exclusive member benefits.

The HP Spectre x360 13 is expected to be available in October via HP.com, with a starting price of $1,099 USD. The Chromebooks will be available later this month, with the Chromebook x360 12b starting at $359 USD and the 14b at $379 USD. The new HP USI-compatible digital stylus won’t come with the laptops, and can be purchased for $70 USD in November.