A Pokémon themed festival is coming to Japan in August, more specifically, a Slowpoke themed festival that features the adorably slow pink monster as the main highlight.

To commemorate the forthcoming event, a special 3-minute music video, or rather, an official theme song for Slowpoke has been released and can be viewed down below: 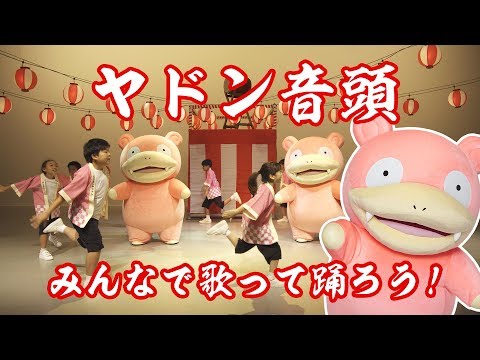 The video features people dressed up as Slowpoke, or Yadon Ondo, as they’re known as in their native country, dancing around a stage with children, who seem to be wearing traditional festival garb, but in a pink hue that matches the colour of the Generation I water/psychic critter.

Slowpoke Day will commence on August 10 and run for three days, ending on the 12th. The event will be commemorating the 30th anniversary of Japan’s Great Seto Bridge, a vital connection between the Okayama and Kagawa prefecture.

Slowpoke themed goods will be available for purchase via a special Slowpoke Greeting Centre, which will house workers dressed up as the titular Pokémon. Additionally, a limited-time Pokémon Centre will also be open within the area, also selling special, limited edition goods that feature Slowpoke.

Other fun festivities include getting to take your photo with Slowpokes and even a meet and greet with Ash’s (Satoshi) Japanese voice actress.