LEGO Star Wars is Back With The Force Awakens

Star Wars fans and LEGO fans can go back to where it started with the new licensed LEGO Star Wars: The Force Awakens videogame.

The licensed LEGO games started back in 2005 with LEGO Star Wars: The Video Game and now you can battle and laugh your way through the next installment from TT Games. The trailer shows off the typical brew of LEGO’s sense of good natured humour, poking fun and laughing along with the property.

The game is said to feature new content to help bridge the gap between Episode six and Episode seven, giving fans more insight on what happened between films.

You can learn more about your new favourite characters such as Finn, Rey, Dameron, BB-8, Poe, Kylo Ren, General Hux and Captain Phasma as well as the classic characters such as Hano Solo, Chewbacca and C3-PO. You’ll get to play through iconic levels such as Jakku and Starkiller Base.

In The Force Awakens, you will be introduced to new gameplay and building mechanics to the LEGO games franchise, including Blaster Battles to fight off the First Order.

Felt like you missed out on some good old fashioned dog fights in space in Battlefront? Well this LEGO game promises not to let you down as you pilot dozens of iconic vehicles, including the Millennium Falcon, through arena-based battles in space.

PlayStaion owners will have access to exclusive DLC, including the Droid Character Pack and the Phantom Limb Level Pack. You can learn more at the PlayStation Blog. 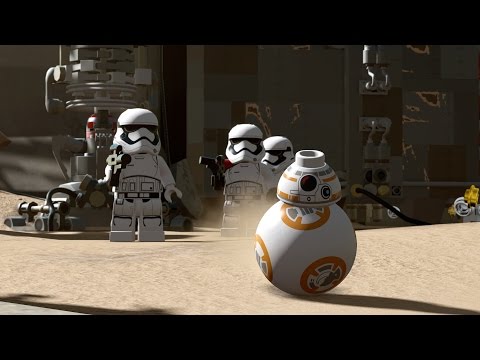