On top of playing through the scenes featured in the Star Wars: The Force Awakens film, players will be treated to several additional adventures that “go beyond the film to experience exclusive all-new stories,” expand the existing Star Wars universe.

These new adventures will answer many lingering questions the movie left unanswered, such as how Han Solo and Chewbacca came upon the voracious rathtar creatures and the story behind C-3PO’s red arm. Additionally, the game will include all-new dialogue from The Force Awakens cast.

The full list of “New Adventures” featured in the game are as follows:

In 2014, Disney declared the official Star Wars canon consists of the seven released Star Wars theatrical films, the Star Wars animated movie and the two television series. All other expanded material was removed from canon. However, most Star Wars-related media released after April 25, 2014 received the Disney stamp of approval, thus granting canonicity.

LEGO Star Wars: The Force Awakens will answer several notable questions and patch up some holes present in The Force Awakens. However, I’d say it’s mostly canon – the actual stories may be factual in the Star Wars universe, but maybe take the dancing Stormtroopers and Chewbacca’s “Wookie Cookies” with a grain of salt.

The game is getting the deluxe treatment too, including an exclusive Finn Lego Minifigure, the game’s season pass and early access to The Empire Strikes Back Character Pack. The deluxe edition is exclusive to the PS4 and Xbox One versions of the game.

LEGO Star Wars: The Force Awakens is launching June 28 on most consoles, including previous-generation consoles. 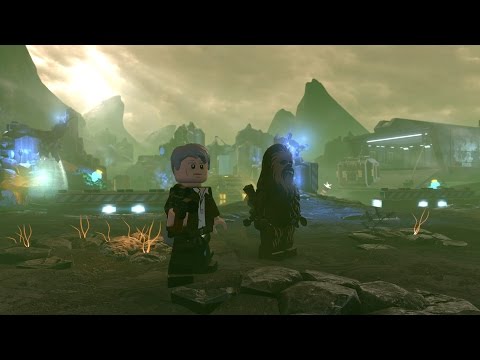