Hironobu Sakaguchi’s studio, Mistwalker, announced that both Terra Battle 2 and Terra Wars will be coming to the West.

It was announced yesterday that the creator of Final Fantasy, Hironobu Sakaguchi, was currently working on the sequel to his free-to-play mobile title, Terra Battle, along with a separate title, Terra Wars. It was confirmed today that both titles will be released outside of Japan and that Terra Battle 2 will be available this summer. The game is being co-developed by both Mistwalker and Silicon Studio, the developers behind the Bravely Default Series. A trailer for Terra Battle 2 was released, featuring background music by Earthbound Papas, a rock band led by Nobuo Uematsu. Additionally, screenshots for both games were released as well. 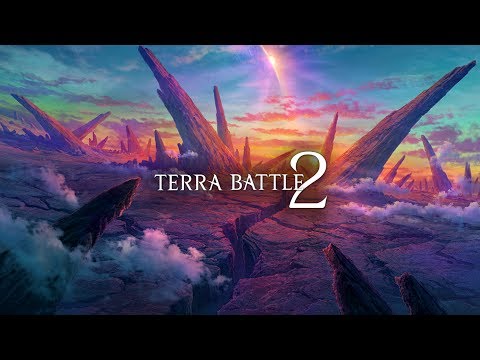 Terra Battle is a tile-based tactical role-playing game developed by Mistwalker in 2014. The game contains collectible card game elements with its gacha system, allowing players to use in-game currency to unlock new characters. Terra Battle 2 will feature a new story and world, separate from the first game. The game will be the first in what Sakaguchi considers a new franchise – Terra World. Sakaguchi informed players of the original Terra Battle that the game will continue to receive support, adding new story and gameplay elements to the title.

“Following the success of “Terra Battle”, I have created Terra Battle 2 and Terra Wars. While both share the same fundamentals as Terra Battle, they offer redesigned gameplay, and a completely new world and story.

I intend to use a similar numbering structure as my past work: the Final Fantasy series. Each instalment of the “Terra” franchise will have its distinct feel, unique from any other.

Yes, I have become old enough that some call me a “legend,” of the industry, but I wish to try and remain an active creator. Until the day I retire, I (secretly) wish to expand the “Terra World” and create 9 experiences. (As I have created 9 installments for the Final Fantasy series.)” Sakaguchi explained.

Sakaguchi’s other title, Terra Wars, has been confirmed to be in development by Mistwalker and Arzest, the developers behind Nintendo’s upcoming 3DS title, Hey! Pikmin. Arzest previously worked with Mistwalker on the original Terra Battle, working on graphic designs for the game. Not much is known about Terra Wars other than that the game will feature stop-motion graphics and is also planned to launch this year.

Both Terra Battle 2 and Terra Wars will be available on Android and iOS devices along with PC.