Hi-Rez Studios dropped a new patch for SMITE, the new update adds Da Ji, the Nine-TailedFox Goddess to the roster of playable characters.

Available in the 4.9 “Nine-Tailed Terror” update for Smite, Da Ji enters the fray and offers players a fast physical and melee focused assassin that has the potential to turn the tides in encounters with groups of enemies.

As an assassin, Da Ji comes equipped with a passive move known as Torture Blades, this passive skill causes additional bleed damage upon every successful hit, the effect lasts two seconds and can be stacked any number of times on the same target.  Da Ji’s first ability, Horrible Burns causes her foes to be inflicted with additional burn damage that lasts 3 seconds on top of the melee damage caused by her physical claw attacks. 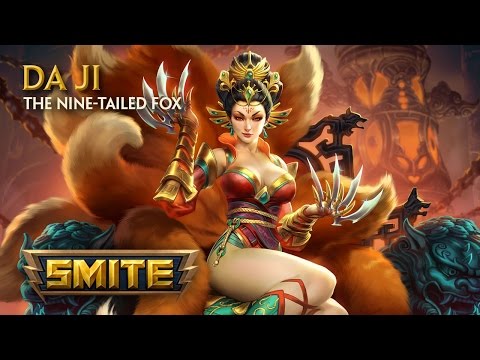 Da Ji’s second ability is known as One Thousand Cuts, this move hits 4 times on nearby enemies and also triggers her passive ability, Torture Blades, which causes additional bleed damage. Trickster Spirit, Da Ji’s third ability lets her teleport after a short casting time, towards a friend or foe, attacking all nearby enemy targets with additional damage caused by Torture Blades and granting her additional movement and immunity to slow.

Finally, Da Ji’s ultimate move is known as PaoLao and grants her the ability to fly up into the sky and throw up to three projectiles towards her enemies. The projectile attacks cause chain and slow effects on their targets, chained enemies receive additional damage three times lasting for two seconds. Da Ji the Nine-Tailed Fox spirit aims to provide players of SMITE with a fast character that can quickly corner targets that otherwise might have gotten away with low HP.