Overcooked, the popular co-op cooking party game, will finally be coming to the Nintendo Switch, in the form of Overcooked: Special Edition on July 27 2017.

Overcooked: Special Edition includes the base game as well as the Lost Morsel and Festive Seasonings add on content. The Switch version of Overcooked will also support HD rumble via the Nintendo Switch’s Joy Con controllers. 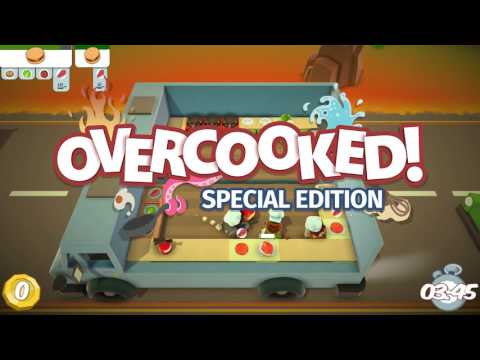 For those unfamiliar with the original Overcooked, the game released in late 2016 for PlayStation 4, Xbox One and Windows PC. Overcooked is a fast, fun and hectic 4-player co-op party game that is themed around cooking. readers familiar with classic titles such as Diner Dash can look at Overcooked as a game that takes the concept of restaurant themed management and cranks things up to 11.

Players assume the role of a chef, tasked with not only cooking the meals, but cleaning the kitchen, managing ingredients and serving. The faster the player manages to cook the appropriate orders the better the score will be. wrong orders result in time wasted, time is the most precious commodity in Overcooked, meaning players are encouraged to work together so they can cover the most ground in the ever changing layout of the kitchens in each level.

Levels range from a typical, more intimately sized kitchen, to crazy and over the top locations such as snowy sheets of ice with moving platforms that separate the two sides of the kitchen in the middle of nowhere. The level variety is only beat by the games collection of unique playable characters, Overcooked features a diverse selection of characters, including the likes of a human, raccoon, dinosaur, French bulldog, robot and a deer.

Overcooked: Special Edition on the Nintendo Switch features 44 campaign levels, 9 versus levels, and 22 playable characters to choose from. the game will be out July 27 2017 and will retail for $19.99 USD and $25 CAD.