Pac-Man 256 Munches its way to Mobile this Summer

Now this isn’t your usual Pac-Man affair coming to mobile. This game is based off one of the most famous glitches in gaming history. Pac-Man’s level 256 back in the 80’s version prematurely ended long marathon sessions with a killscreen bug that caused half of the screen to be covered with jumbled lettering. That whole level that caused so much grief is being expanded upon to a full fledge release on mobiles devices this summer.

The title of the game fittingly mirrors the infamous glitch in Pac-Man 256. Gamers won’t have to worry about the title being unplayable in this free-to-play game.  Pac-Man 256 will play homage to the 1980 original by Namco but will shake up the formula with Pac-Man facing an enemy that has lain dormant for 35 years.

Players can also expect to encounter Pac-Dots, Power Pellets, and the notorious ghost squad: Blinky, Pinky, Inky and Clyde. The game will also feature coins, power-ups, fruits and more to spice up the formula of the trilling pursuit of devouring everything in your path. The yellow guy must eat.

Tasuya Kubota, Head of Mobile & web Gaming at Bandai Namco Entertainment Europe speaks about the importance of bringing a new game for the yellow destroyer, Pac-Man for the 35 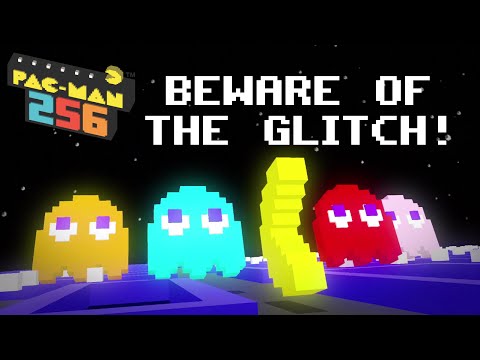 “The gaming industry keeps on growing massively on a daily basis and we, at Bandai Namco Entertainment Europe, are proud to be pioneers of this with some of the biggest licenses out there,” he said. “This year, we are celebrating Pac-Man’s 35th Anniversary and we couldn’t miss such an opportunity: we decided to create a brand new exciting game with Hipster Whale and Bandai Namco Studios Vancouver. This results in a stirring game based on some elements that made history. Join us in celebrating Pac-Man’s anniversary!”

Responsible for the Frogger inspired game, Crossy Road, Hipster Whale Games Director, Matthew Hall, has always been moved by classic games like Pac-Man when growing up. He was just five when he got his hands on the original game in the arcade. He shares his eagerness about the collaboration with Bandai Namco to bring 256 to players.

“Playing Pac-Man in a seaside arcade in 1980 is one of my earliest memories. It is an incredible honor to be able to contribute to one of the most iconic video game franchises in history,” he said. “Our game, Pac-Man 256, takes the infamous ‘glitch’ level of Pac-Man and builds upon this to become a unique game that retains the retro spirit of the original.”

It’s so odd to imagine a game based off a glitch is being made with one the most recognizable figures in the gaming industry.  But it’s happening and it sounds just wild enough to be a best seller on mobile networks.

Everyone excited for a new Pac-Man game can expect to download the title to their smartphone and tablet devices this summer. Expect a firm release for the title very soon.

Pac-man lovers will be able to purchase the title on iOS and Android.

Are you intrigued by a game based off a glitch? Let me know in the comments below.