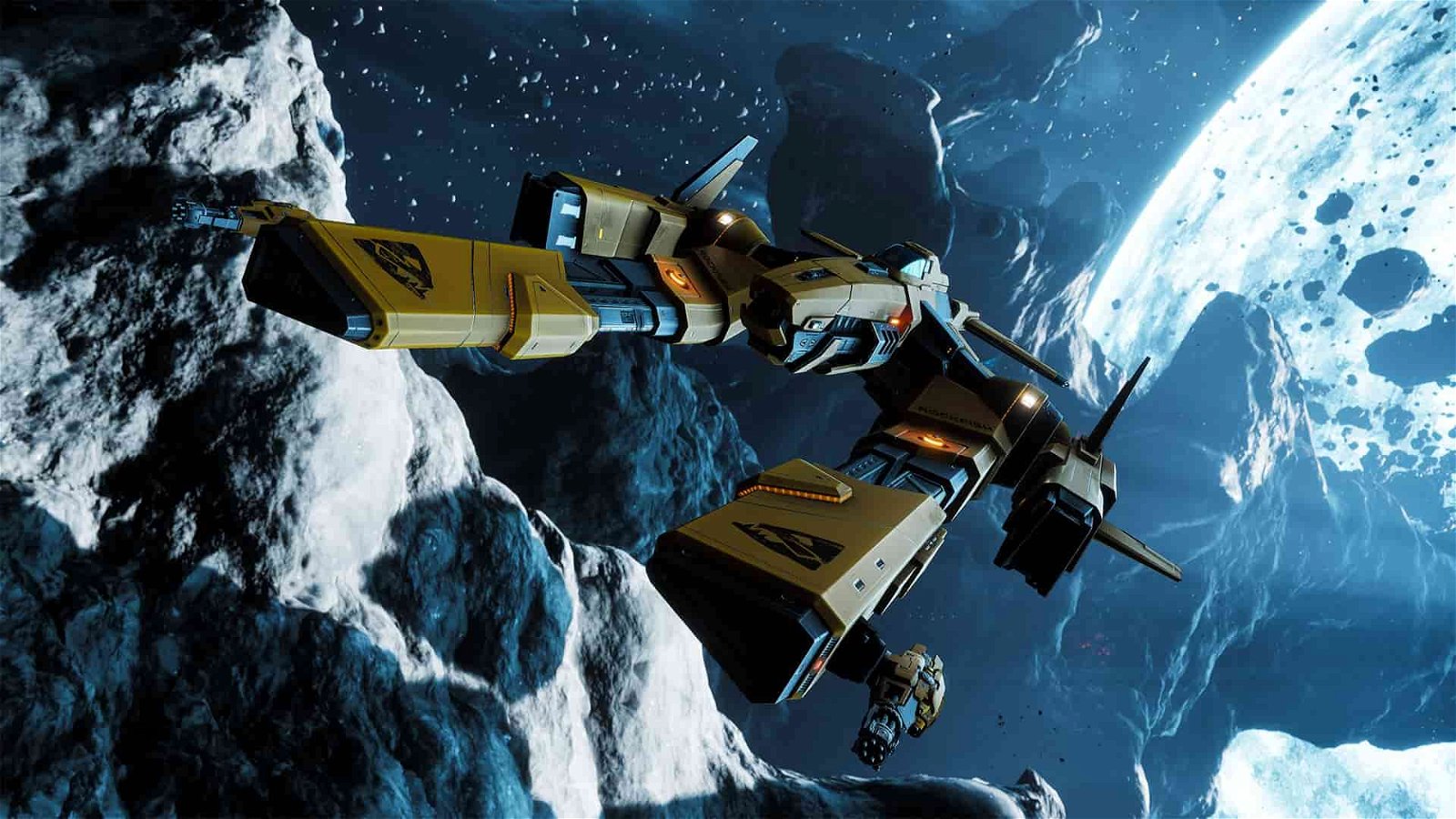 The sixth annual PC Gaming Show kicked off digitally for new and longtime players over the platform, with over dozens of games including Total War, Elite Dangerous and Persona 4 Golden announced for 2020 and beyond. Hosted by Sean “Day” Plot and Frankie Ward, viewers were taken live into a PC gaming lair for two hours of reveals for over 50 games. We’ve rounded up the biggest games expected to come in the not-too-distant future.

A world exclusive was given for Torchlight III, continuing the dungeon crawler RPG series made by Echtra Games and Perfect World Entertainment. Apart from its class-based mechanics with combat and skill progression, players could use a set of new abilities including summoning trains and enchantments for recipes. Pets can also be rewarded to players after beating bosses while they can play the game with a good boy or girl at their side. Its early access was made available on Steam immediately after the trailer was shown.

Long-developing sci-fi action adventure game Elite Dangerous is taking another step in its pre alpha build, with players being able to leave their ships to engage in ground exploration and assaults. Called Odyssey, it also opens the game from its original ship-based gameplay and lets players wield guns and physically dive into the planets they find. New missions are also introduced on the ground, with a variety of NPCs and extraterrestrial enemies meeting players planetside. Elite Dangerous is receiving the Odyssey update on Steam and console in 2021.

Atlus made the announcement for acclaimed JRPG Persona 4 Golden being available immediately for PC over Steam. It also comes after previous reports of a new and improved version of the game coming as it grew over the PlayStation 2 and PS Vita.

SEGA and Amplitude offered more details into Humankind, a top-down strategy simulator which lets players create a civilization with over 60 different cultures. A demo was made available for three time-limited scenarios and a release window was given for 2021.

Evil Genius 2: World Domination received a new trailer since its The Game Awards 2019 reveal, showing players how to best manage their own diabolical bases. Masterminds can establish an island grounds for their secret activities while adding specific and unique villains to the roster. Players would also have to keep their eyes out for enemy agents who can infiltrate their bases as it becomes less defended from your minions out on missions.

Gearbox Software revealed its PC version of Godfall, which was originally shown as a launch title for the PlayStation 5 and Xbox Series X. Players over the PC platform can customize their visuals and performances to their liking while its fluid melee combat works identical to its console versions. More gameplay on the PC Gaming Show showed off some new footage of the various characters players can use to fight legions of enemies while a release is expected on Holiday 2020.

Kane actor J.D. Kucan made an appearance to discuss the changes made to Command and Conquer Remastered Collection and thanked players for decades of community support. The segment also reminded players the game is out with full Steam Workshop support and all of the early Command and Conquer DLCs bundled together.

Rockfish Games made a reveal for Everspace 2, the sequel for its original 2017 flight combat game set in a science fiction narrative. Players can take on garrisons of enemy spaceships and stage one-ship assaults over fortified bases. An alpha beta will be available to download on Steam starting June 15, 2020 with a full game release window for 2021.

A Total War Saga: Troy was announced as a free game players could grab over the Epic Games Store on August 13, 2020 and is coming to Steam in 2021. Players can assume the roles of various heroes and villains in Greek myths while controlling massive armies to conquer Troy (over and over again). Its game also lets you control multiple wooden Trojan horses and watch hordes of soldiers raid castle walls.

2K Games revealed more details into their upcoming remasters for their Mafia trilogy on the PC Gaming Show. While its second and third games will be updated with new visuals, its first game becomes a full ground-up remake as Mafia Definitive Edition. 2K also announced the first game is up for pre-orders over Steam.

According to Mafia III director Haden Blackman, the original game’s story and levels are kept the same while its script, cutscenes and open world itself were remade (The main storyline was also re-shot with a motion capture cast). Its various gameplay refinements for driving and shooting fit modern players while they can access some new side missions to play with a familiar story. Mafia Definitive Edition is available to pre-order on Steam and unlocks on August 28, 2020.

Dauntless‘s Call of the Void update brings new content and raids for players inside crystal dungeons. Enemies inhabiting these places can also surprise players as they jump through portals. Players who tuned into the live stream also have an opportunity to receive free content with their Call of the Void update if they can spot the promotional code.

First-person survival game Among Trees surprise launched as an early access title on the Epic Games Store, with a trailer showing off a unique art style that covers a non-violent camping experience. Players can cultivate plants in a garden while doing other peaceful endeavours like fishing and cozying up with a fireplace. Players can also explore the wilderness for resources to expand their campsite and encounter rare animals.

Mortal Shell was presented as a medieval action RPG with one-on-one combat similar to Dark Souls. Players travese through seemingly abandoned locales to take on progressively challenging enemies and bosses. Its intensity only gets worse for players who are forced to possess another enemy once they die. But this also keeps the game going and gives players a second chance to take their bosses down (even if it means taking over a weaker character). A brief gameplay demo adfter the trailer showed off a fact-paced boss fight, requiring players to dodge and strike from close quarters.

Valiant and Nightdive Studios shared a new trailer for Shadow Man Remastered, giving the 3D dungeon crawling platformer a makeover for PC and consoles since it was released in 1999. The newer version increases the game’s resolution for high definition screens up to 4K and adds a few gameplay refinements across multiple platforms on PS4, Xbox One and the Switch. Its PC controls are expected to feel like their original versions with customizable button mapping. The game also features content that was cut from the original Shadow Man game and adds new content for new and existing players.

Blightbound was introduced as Devolver Digital’s latest three-player coop RPG styled as a 2D side-scrolling experience. Local or Online teams would have to work together and navigate through a variety of PvE driven levels and fight bosses once they make their way to the bottom. It’s expected to release on Steam as an Early Access title on Summer 2020.

WolfEye Studios and Devolver Digital shared a new trailer into Weird West since its debut at The Game Awards 2019. Co-created by former Arkane Studios directors for Dishonored and Prey, the game is described as a top-down twin-stick western shooter with RPG elements. Its unique premise is set in a lawless land with mythical creatures and crazed villagers practicing sacrifical rituals. Players can also transform into a werewolf for faster traversal across different settings. It’s due out in 2021.

Harvest Moon, now known as Story of Seasons, is coming to the PC with a remake of Friends of Mineral Town. Its updated visuals are made with other gameplay improvements for a fluid farming simulator. Players can also use their earnings to expand their agriculture with every season or build a bigger town for guests. Players can also build relationships with friends and even marry a special someone to start a family. Story of Seasons: Friends of Mineral Town is scheduled for a release in July 14, 2020.

Life is Strange developers Dontnod Entertainment are back with a psychological thriller called Twin Mirror. A new trailer added some plot details around investigative reporter Sam, who comes back to his mysterious town of Basswood. Sam also has an ability to see the world differently through his own mind to unlock hidden clues by the town’s seemingly normal folk. It’s due for a release later this year.

Surgeon Simulator 2 was given a new trailer, showcasing a variety of characters players can become as they try to save patients. The game offers online cooperative multiplayer and allows players to walk around their environments. Players also have to navigate through some obstacles to collect vital organs and activate mechanisms to help players save virtual lives. Its whimsical hand physics are also tweaked for both navigation and surgery. These skills can also be challenged with a custom player creation mode. Surgeons can access a library of user generated environments to practice medical disasters with.

Battlestate Games’ tactical FPS Escape From Tarkov is getting some new additional content, with a new trailer showing off a brand new environment in an abandoned apartment complex with accessible rooms. It’s scheduled to come in a next update soon.

Finally, its PC Gaming Show ended with one more teaser for horror fans. In a case of April Fools come true, The Outlast Trials is Red Barrels’ next installment to the survival horror series, turning a hospital setting into a dark hunting ground for serial killers. Players have to work with other trapped contestants to survive and pass a series of tests from mysterious doctors. According to PC Gamer, The Outlast Trials is set in a Cold War-era facility where scientists experiment on mind control with unsuspecting victims. Its announcement didn’t come with any release info.