Forza fans, buckle them seatbelts as a new partnership is set to bring the franchise to new heights. A huge partnership went down between Microsoft (Turn 10 Studios) and Porsche.

Alan Hartman, the Studio Head at Turn 10 Studios, announced on Xbox Wire that at the New York International Auto Show, the two companies agreed on a six-year partnership. During this tenure, they will be combining their forces to bring co-branded initiatives to both Porsche and the Forza video game franchise.

Without wasting even a second of time, the partnership has already kicked off in Forza Racing Championship Season 3: The Porsche Cup. An open registration for Porsche’s eSports sponsorship will debut in that game; which will begin May 1, 2017. Alongside this and the partnership, came the official release of the Forza Horizon 3 Porsche Car Pack. This DLC pack adds a plethora of Porsche cars to the Xbox One and Windows 10 exclusive title Forza Horizon 3. 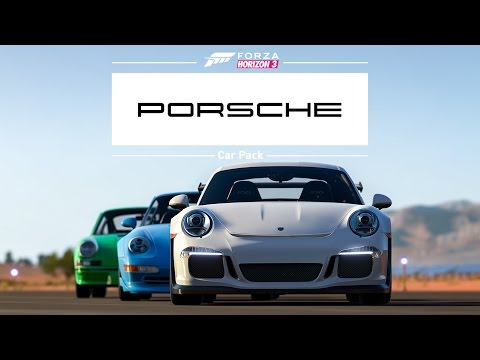 There was an equal amount of excitement from both parties for this newly created partnership. Hartman noted how thanks to Porsche’s shared passion in the automotive industry and their rich history in such, this would create a new and exciting form of racing entertainment. On the other side, Detlev von Platen (a Porsche AG Executive Board Member), praised the agreement, as well.

“By having Microsoft as our partner, we have the opportunity to take the pleasure of driving a Porsche and making it an experience in the virtual world”, Platen states. “Racing games and eSports connect the real and virtual worlds and enable us to gain further access to the young target group. It means that they can develop a passion for Porsche even before buying their first sports car”. In other words, it is a win-win for both parties and all the fans around the world.