"The Virtual Racing Car of the Future" 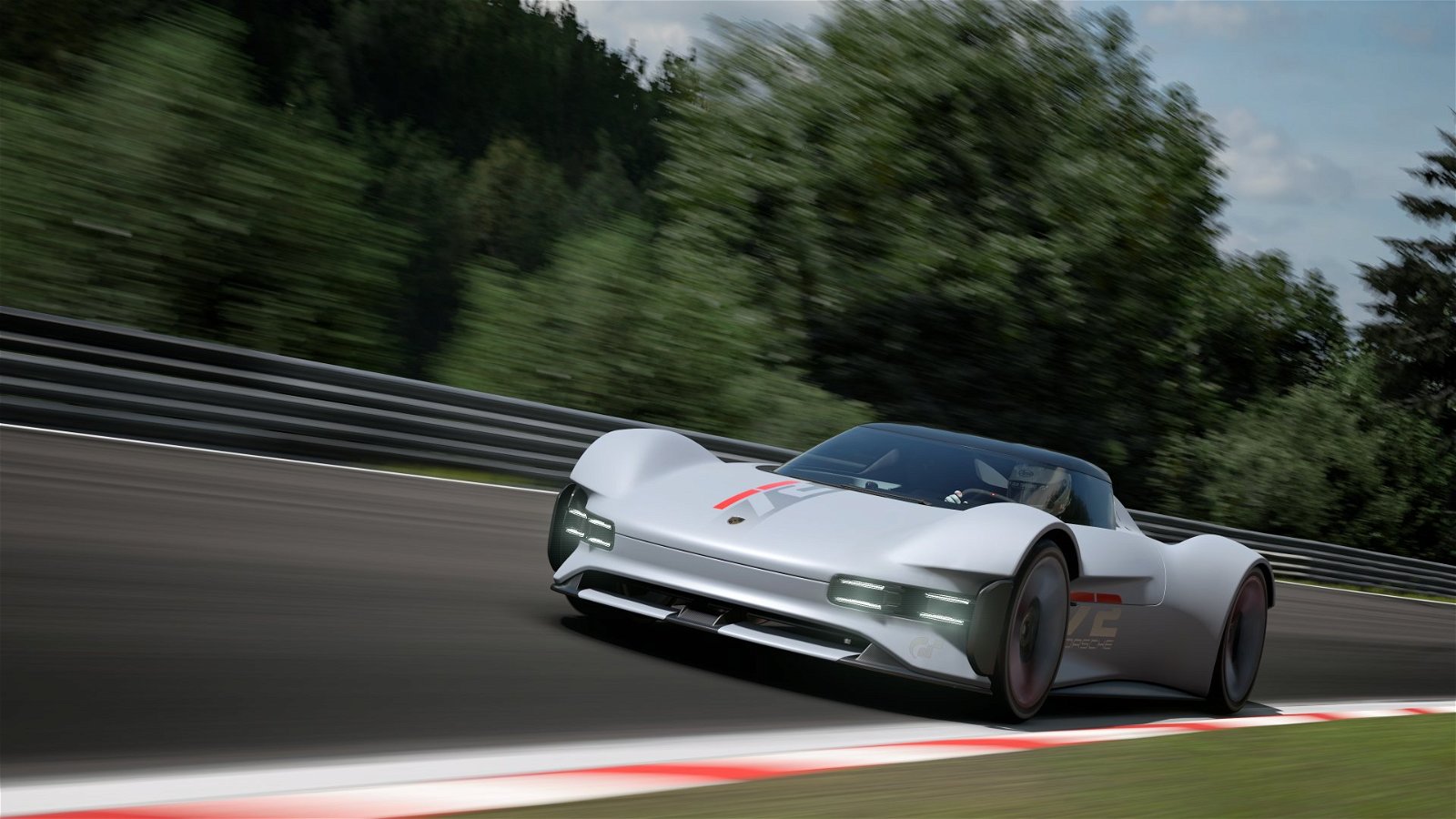 When Gran Turismo 7 releases early next year, it will feature the Porsche Vision Gran Turismo, a Porsche car model that doesn’t exist in the real world and developed exclusively for Polyphony Digital’s virtual racing world.

The Gran Turismo series has featured Porsche sports cars since 2017 but the Vision Gran Turismo is the car manufacturer’s first vehicle developed specifically for a video game.

“A vehicle designed purely for the virtual world opens up exciting possibilities for us that are otherwise heavily regimented in a regular design process for a series production car,” says Michael Mauer, Vice President Style Porsche.

“Projects such as the Vision Gran Turismo are particularly valuable for us in the creative process. Further developing our clearly defined Porsche Design DNA and exchanging with designers from other industries is an important part of our work.”

Porsche in a press release says the partnership with Gran Turismo 7 developer is “not only demonstrating [Polyphony Digital’s] special visionary approach but is once again also demonstrating the high level of expertise among its designers”. The car manufacturer adds that without any constraints, Polyphony Digital was able to add its own ideas into the Gran Turismo concept car into practice.

“The appeal of a Porsche comes from its purist design,” Polyphony Digital president, Kazunori Yamauchi said in a press release. “And in terms of engineering expertise, both we and Porsche follow the same perfectionist philosophy. We share the same passion for racing and are looking to the future of the car.”

In the game, the Vision Gran Turismo will feature new functions that will help PS5 players have a strong sports car feeling when driving. This is done through the controller’s haptic feedback which will mimic the feel of the steering wheel while fast and direct feedback will be reminiscent of a real racing car.

In addition to purely design-related themes, there are also new functions that contribute to a strong sports car feeling, with players experiencing haptic feedback via the controller, which mimics the feel of the steering wheel. This fast and direct feedback is reminiscent of a real racing car.

“We can engage young and digital target groups in the place where their automotive dreams are born: the world of gaming,” Porsche AG vice president of marketing, Robert Ader said in a press release. “The partnership with Polyphony Digital and ‘Gran Turismo’ is a perfect fit for Porsche, because motorsport – whether real or virtual – is part of our DNA.”

PlayStation players will be able to drive the Vision Gran Turismo when Gran Turismo 7 launches exclusively on PS4 and PS5 on March 4th, 2022, which was announced recently at this past PlayStation Showcase.