Do you live the concept of building your own dystopian wonder-prison but sadly did not have a PC to be able to run the award-winning Prison Architect? It seems publisher/developer Double Eleven and Introversion Software have your back.

Announced today for the PS4, Xbox One and Xbox 360, Prison Architect brings the game that until now 1.5 million people have played on PC and ported it over to consoles. Launching this spring, this new version of the game not only brings everything you know from the PC version, allowing you to build and run a prison, the way you want, but this new version has a new mode story mode and a prison warden mode that will allow players to manage pre-build prisons.

In a statement Mark Morris, managing director of Introversion said, “Myself, Chris Delay and the rest of the team have spent more than five years with the community making Prison Architect what it is today and we’re grateful for all the support we’ve had along the way. The decision to bring the game to new platforms and finding a partner was no easy one. Enter Double Eleven, who have a demonstrated a wonderful track record in taking a known game and really making it their own. Double Eleven approached us with their ideas for the game both as a publisher and developer and we were really excited about where they wanted to take it.”

Double Eleven chief operating officer at Double Eleven, Mark South went on to say that “Prison Architect stands as a truly unique, thought-provoking look into how one would build and operate their own Prison playing out the consequences of your decisions. We were delighted that Introversion chose us to develop and publish the console editions of Prison Architect, as one of the most respected developers in the world that meant so much to all of us as we know this is their baby.  We only take on games that we enjoy and that we know we can do a stellar job of creating; both Introversion and future players deserve no less,” 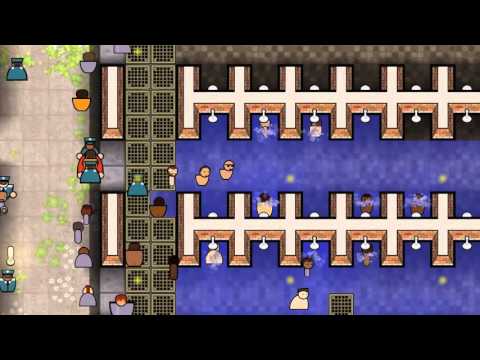 Launching spring on the Xbox One, Xbox 360 and PlayStation 4 Prison Architect on consoles will set players back $29.99