A new launch trailer for Rise of the Tomb Raider released today showing exactly what’s wrong with video game trailers.
The three minute trailer (which is a pretty ludicrous a for a trailer) is mostly in-game cinematics, and while it does look stunning, it doesn’t really show you what the game is about or what it looks like to, you know, actually play the game.

It’s a serious problem I have with these video game trailers and I’ve mentioned this many times; it’s directly tied to the video games industry’s constant attempts to emulate the film industry, right down to the trailers.

It’s very hard to get excited about a game when I’m showed nothing about the game itself. If I wanted to see nothing but cinematics, I’d go to a movie. You can’t remove the one thing that separates the two mediums and expect me to be excited for your “game.”
That is unless you stick until the very end of the trailer where it shows a half a second of gameplay. And furthermore, when did Lara Craft become an assassin? Why is she hopping out of trees about to knife some unsuspecting sap in the neck? 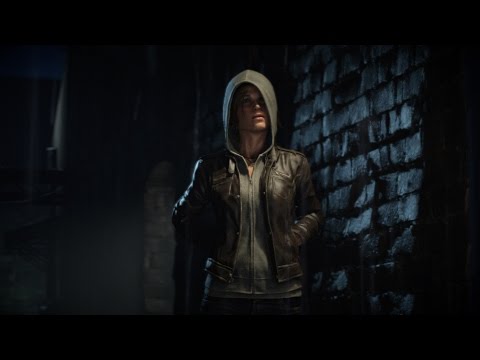