Harmonix will be adding one of the most requested features to Rock Band 4.

The studio announced at PAX East that the game will be getting a synchronous online multiplayer mode later this year. The mode has been feverishly asked by fans since Rock Band 4‘s launch last October. 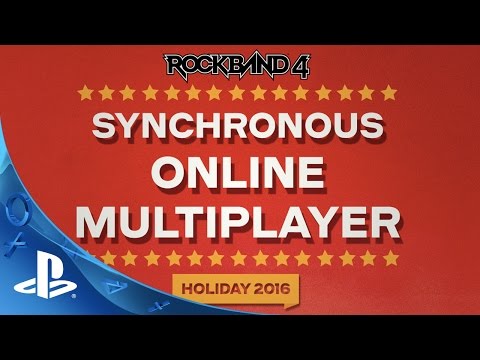 “We’re dedicated to bringing players only the best in music rhythm gaming, and having the ability to play with your friends anytime, anywhere is just another step in this process,” says Harmonix Community Manager Criss Burki, in a blog post on Playstation Blog.”Synchronous online multiplayer will be like Quickplay, modified to provide a fair and streamlined experience for console friends looking to play Rock Band 4 together online.”

In addition, Harmonix announced its first major expansion pack to be released this fall. The expansion will feature a number of major improvements to the game, including the ability to sort songs by genre, as well as the ability to rate songs.

Harmonix will provide more details about the expansion, online multiplayer and other updates to Rock Band 4 at E3 2016.