The One-Winged Angel descends this month 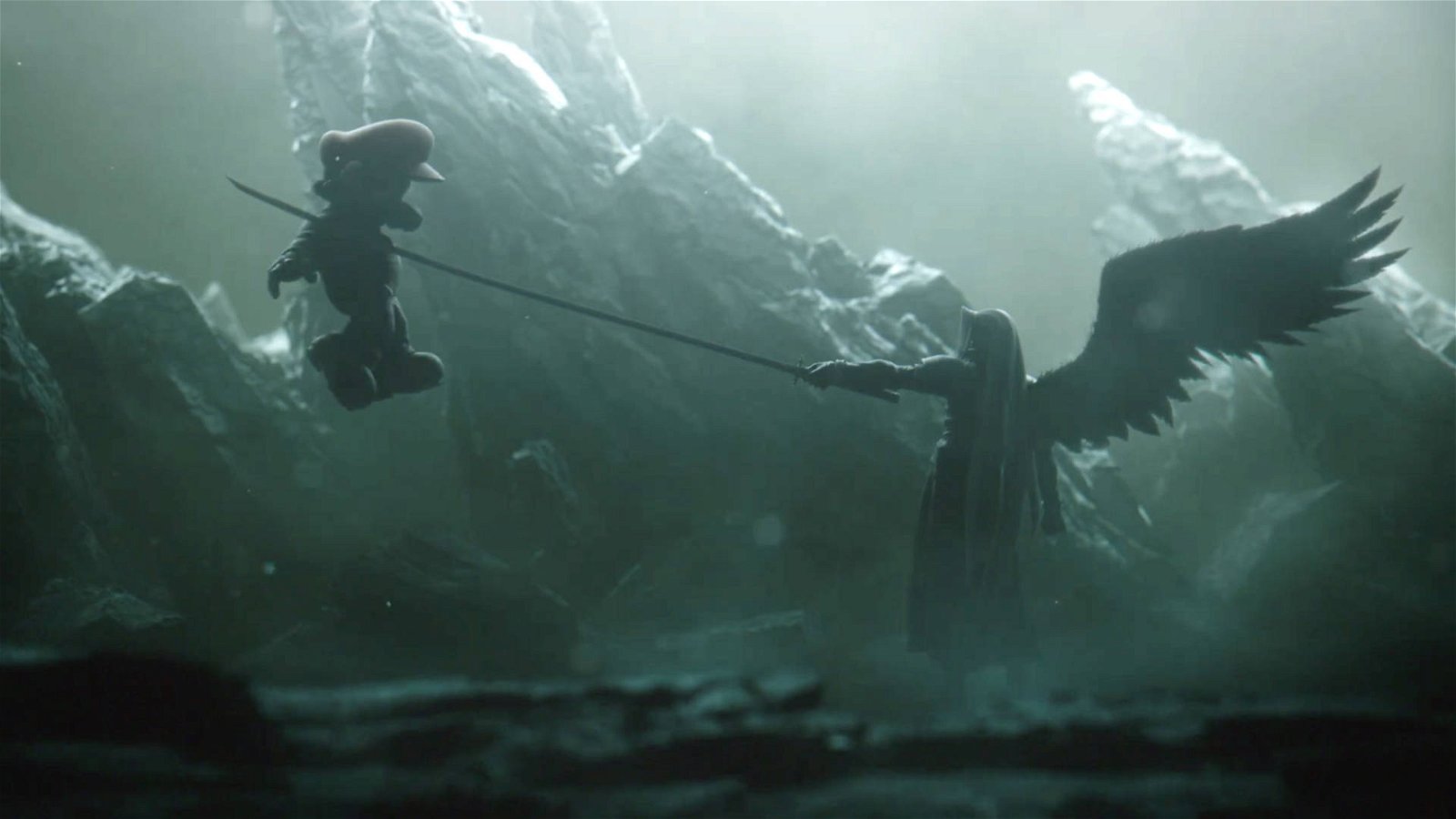 One of the game industry’s most infamous villains will bring despair to Nintendo’s juggernaut brawler when he joins the brawler’s Fighter Pass 2 later this month, following an in-depth look at his moveset with director Masahiro Sakurai on December 17.

All of Sephiroth’s signatures appear to be present: his impossibly long wakizashi, Masamune; his infamous downward thrust attack; his single black wing; and his Final Smash sees him transforming into his final boss form. He also appears to use his sword to save himself from falling, stabbing it into walls for recoveries. The Northern Crater’s interior from Final Fantasy VII‘s final showdowns is his stage, and the Highwind airship can be seen in the trailer—after he appears to stab Mario through the chest, that is.

Cloud Strife’s addition to the previous game, Super Smash Bros for 3DS/Wii U, sent shockwaves through the Nintendo community in December 2015. Final Fantasy VII was originally intended to be a Nintendo 64 game before Squaresoft (now Square Enix) jumped ship to the PlayStation, and only appeared on Nintendo Switch in 2019. Now Sephiroth will join him as Final Fantasy’s second representative in the Smash Bros lineup—Square Enix’s third inclusion overall—and another who did not debut on a Nintendo platform. (Hopefully he’ll also bring more tunes with him beside his personal theme, as only two songs from Nobuo Uematsu’s timeless soundtrack were included with Cloud.)

Sephiroth is Challenger Pack #8 for Super Smash Bros Ultimate, available in the Fighter Pass 2 bundle with Min-Min from ARMS, Steve from Minecraft, and the three remaining DLC fighters who should be available by the end of 2021.