For the first time in five years Sony has posted an operating income of 225 billion yen across all of it’s electronics divisions. The stand out numbers were from the gaming division, blowing past Sony’s expectations by 48 billion yen, and the devices division, which came in significantly below expectations by almost 150 billion yen.

Sony’s gaming and network division has seen an increase in sales of 11% due to the strong hardware and software sales of the PlayStation 4 as well as PS+ network subscriptions, which increased by 50%. The division posted an operating income of 88.7 billion yen and blames any loss in profits due to the dwindling sales of the PlayStation 3 and Vita/Vita TV. Sony believes that they can exceed expectations again and sell more than the 17.7 million pieces of PS4 hardware, which is the number of hardware sold they achieved last year. 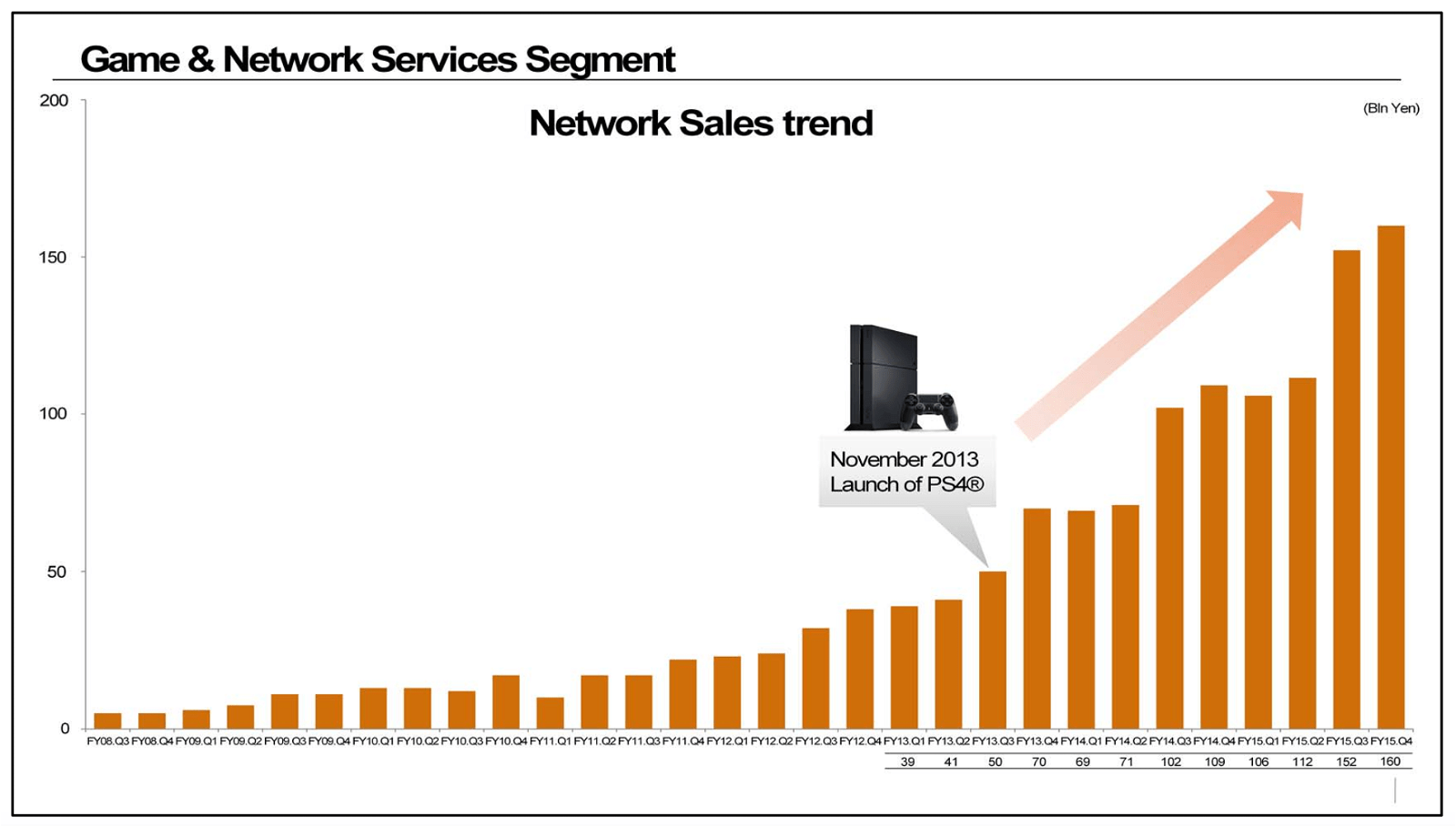 The devices division can not report the same good news, posting an operating loss of 28.6 billion yen, a massive deterioration from the profits posted last year. Though the sales of camera modules and image sensors increased, the company recorded over 59 billion yen in impairment charges against their fixed assets and saw a massive decrease in battery sales.

Sony has delayed their 2016 forecast till May because of the effects the Kumamoto and Oita earthquakes have had on their Technology Center. Thankfully there were no casualties, but all operations of the facility remain suspended until further notice.