Spyro: Reignited Trilogy Leaks Ahead of Reveal, Coming in September

Update: Activision has officially announced that Spyro: Reignited Trilogy will launch on PlayStation 4 and Xbox One on September 21. Check out the reveal trailer below: 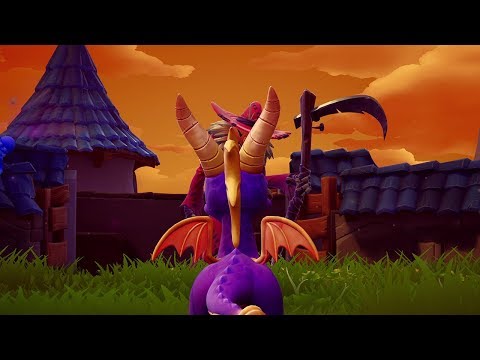 Original story: The long-rumoured Spyro the Dragon trilogy remaster seems to have finally leaked through a listing on Amazon Mexico.

The listing, which has since removed all the art and screenshots that were originally present, is for Spyro: Reignited Trilogy, and has the collection listed for a September 21 release date on PlayStation 4. The remastered trilogy contains updated versions of the three Spyro games that came out on the original PlayStation: Spyro the Dragon, Spyro 2: Ripto’s Rage, and Spyro: Year of the Dragon. While the box art and screenshots were taken down from the listing, Kotaku UK managed to snag both before they were removed.

While the Amazon Mexico listing only mentions a PlayStation 4 version, Amazon India has the trilogy listed for both it and Xbox One.

While the original games were developed by Insomniac Games, who is currently working on the PS4 exclusive Spider-Man game set to launch in September, the box art for the Reignited Trilogy sports the logo of Toys for Bob, which has already worked on Spyro games in the form of the Skylanders series.

This leak comes just under a year after the launch of the Crash Bandicoot: N. Sane Trilogy, which brought the first three Crash Bandicoot games to PlayStation 4, and is set to launch on PC, Switch, and Xbox One on July 10. Whether the PlayStation 4 version of Spyro: Reignited Trilogy will receive a similarly timed exclusivity is unknown at this time.