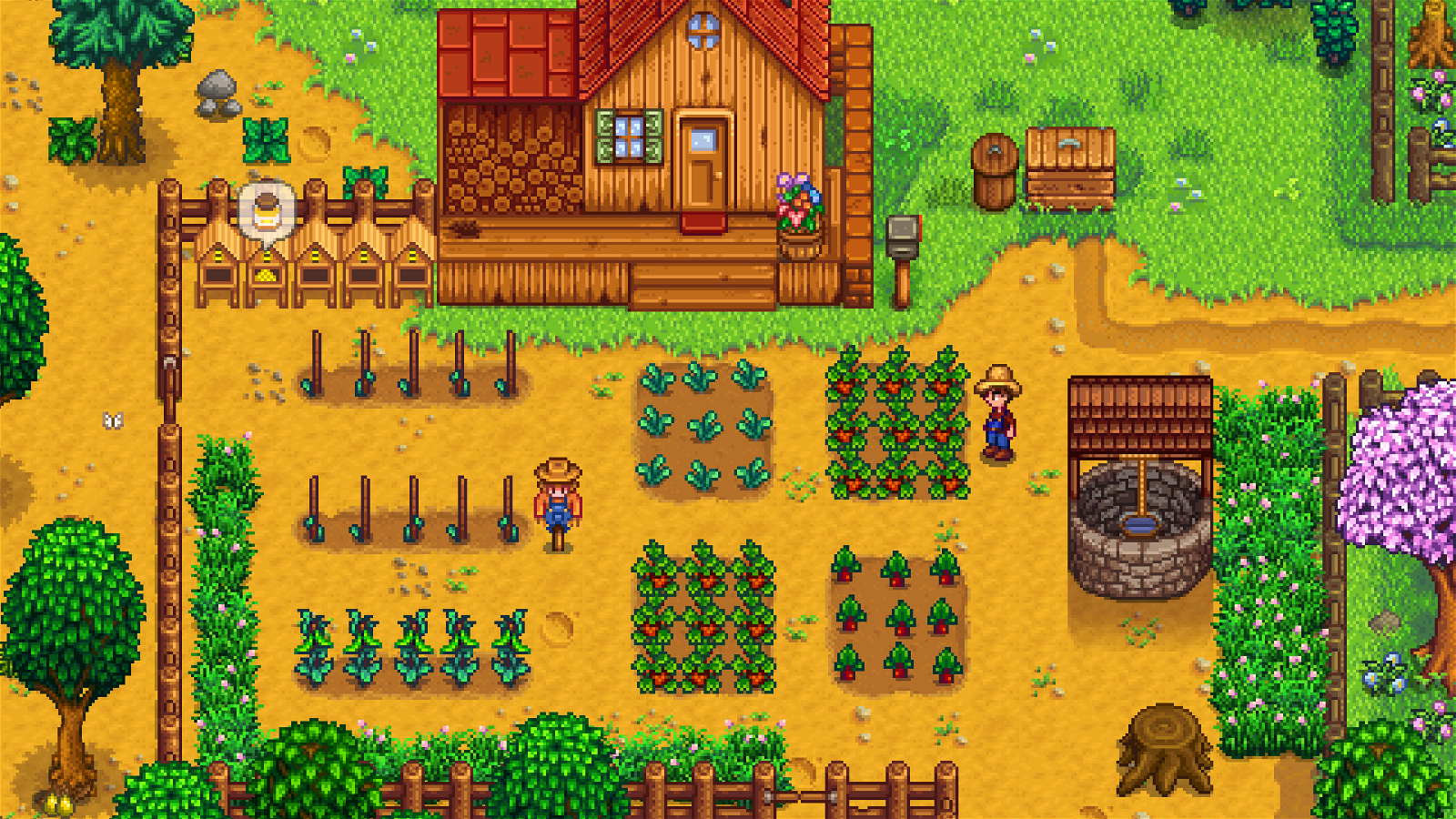 Stardew Valley, the open-ended farming/RPG hybrid that captured our hearts, is being expanded immensely- and one hard-working ape is seeking more help to do it.

Eric Barone, better known by his developer alias ConcernedApe, announced a slew of planned features for Stardew Valley. In a post on the game’s official site, Concerned Ape announced that co-op multiplayer, language localization and a massive content update are on their way- as well as ports for Mac, Linux and consoles.

“First, I’d like to thank you all so much for playing Stardew Valley. The game has been more successful than I ever imagined, and I’m very grateful to everyone for granting me this amazing opportunity,” Barone wrote. “The last couple of months have been pretty wild for me… Toward the end of April the launch buzz had cooled off enough that I could afford to take a short break.”

The Stardew developer said he enjoyed his break, but is ready to return to the Valley.

The full list of what’s planned for the future of Stardew Valley is as follows:

Barone said he will continue to develop Stardew Valley’s content entirely on his own, but is seeking help for the more technical work such as porting and localization.

“Now, there’s obviously a huge amount of work involved to achieve all this… and I am just one person,” Barone said. “I know in the past I’ve been very adamant about doing everything myself… and I still am, when it comes to game design and content.”

“However, I’ve decided to seek outside help for some of the more technical things listed above. More specifically, I’ve accepted an offer from Chucklefish in which they will handle the porting, localization, and the technical side of multiplayer. This will allow me to focus on creating new game content for version 1.1, which I will continue to do entirely on my own.”

Stardew Valley publisher Chucklefish Games will assist Barone in the technical side of things, while Barone will continue to develop content and design the game entirely on his own.

“This should result in faster overall development and reduced workload for me, while preserving my artistic control over Stardew Valley,” he said. “I think it will be beneficial for everyone.”

Barone noted that while there is no official timetable for the planned updates, “multiplayer, porting and localization are actively being worked on.”

Lastly, Barone gave fans a rundown of what to expect in the first major content update, version 1.1.

While these features are mostly solid, Barone notes that anything in the list is subject to change.

Stardew Valley is an indie simulation game currently available on PC. It has received overwhelmingly positive reviews from critics, and CGM writer Jake Yanik called it “the most rich and heartwarming experience I’ve had in a game in years.”