They can’t give us a break, can they? Super Mario Odyssey was extensively featured in the latest Nintendo Direct where a massive amount of information was released.

Previous trailers and gameplay videos revealed some of the kingdoms Mario will visit as he travels the world on the Odyssey. Joining the Metro, Sand, Luncheon, Wooded, Cap, and Cascade Kingdoms are the newly announced Snow Kingdom and Seaside Kingdom. As the names imply, the Snow Kingdom is a frozen wasteland home to the region of Shiveria while the Seaside Kingdom features the ocean town of Bubblaine.

Looks like Cappy isn’t the only talking hat. A new character known as Tiara was introduced as the crown Peach wears when she is kidnapped by the one and only Bowser. The new gameplay trailer also revealed Talkatoo, a parrot that will give you hints on the locations of nearby Power Moons. Uncle Amiibo can give you the location of a Power Moon if you scan in the right amiibo. 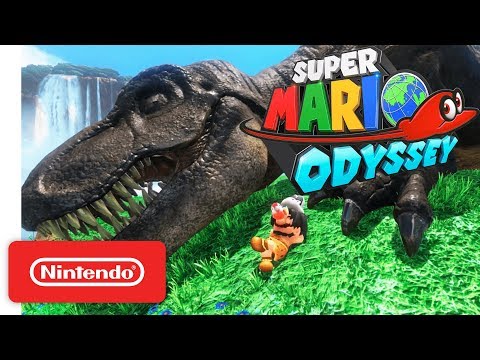 Controlling other characters and enemies is the primary gimmick of Mario’s latest adventure. Our latest look reveals that you can inhabit the purple creatures of the Seaside Kingdom, a new velociraptor-like character, and even the colored blocks that spell out Mario’s name.

Mario can wear different costumes on his adventure and while we’ve seen most of them already, a few new ones were showcased. While in the Snow Kingdom, Mario will be able to pick up an Eskimo outfit, while the Seaside Kingdom will provide Mario with a vacation getup. Other costumes will be based on previous entries in the Mario series, including the already announced Builder Mario from Super Mario Maker and the doctor’s outfit from Dr. Mario.

Super Mario Odyssey will also be getting its own Nintendo Switch bundle. The special package will include the console, a digital copy of the game, red Joy-Cons, and an exclusive carrying case. Super Mario Odyssey, along with the bundle, will both be released on October 27.