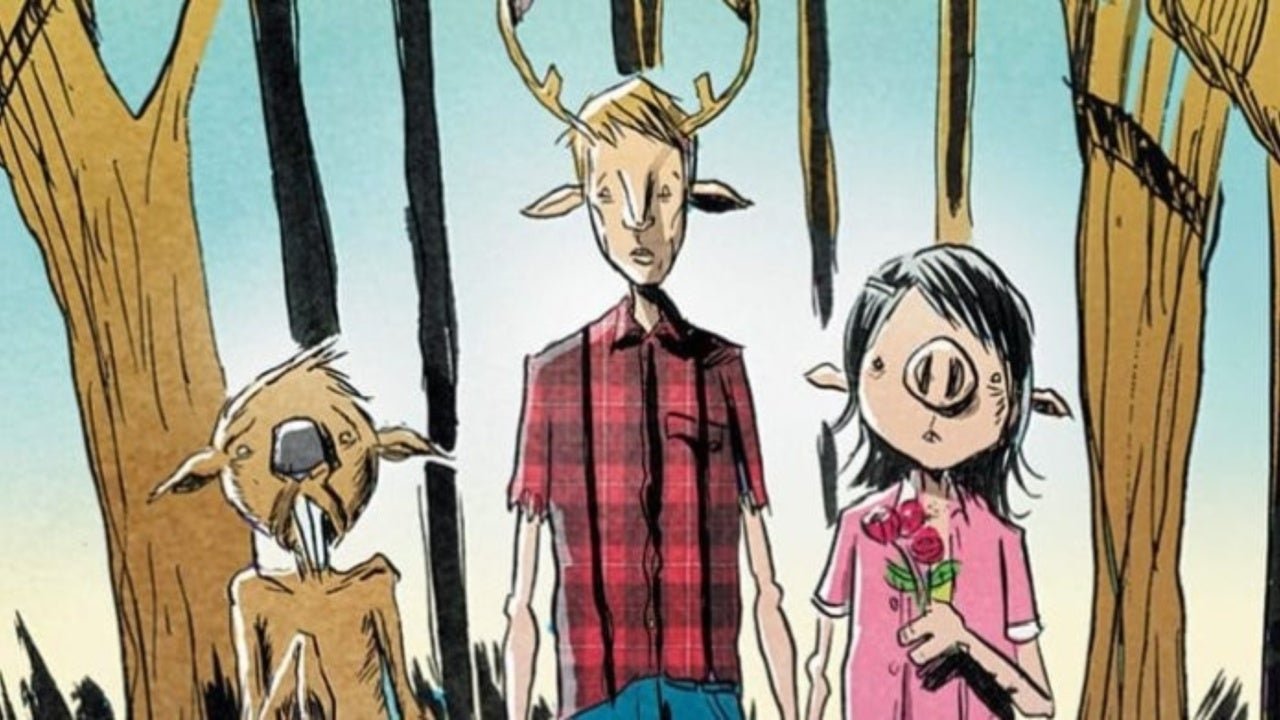 Netflix will be premiering the DC comic, Sweet Tooth, as a live action series releasing this June.

Robert Downey Jr. and Susan Downey Jr. have put their names behind the show, making the switch to DC, a big change from the Marvel Cinematic Universe. They are executive producing the series that is based on the 2009 comic both written and illustrated by Jeff Lemire.

“Sweet Tooth is the broad appeal, family-friendly, storybook adventure of Gus — part deer, part boy — who leaves his home in the forest to find the outside world ravaged by a cataclysmic event. He joins a ragtag family of humans and animal-children hybrids like himself in search of answers about this new world and the mystery behind his hybrid origins.” He learns on his journey that things aren’t quite as blissful as they were at home with his father.

Christian Convery will be taking on the role of Gus with Will Forte playing his father. We will also see Nonso Anozie, Stefania LaVie Owen, Aliza Vellani and Naledi Murray round out the cast. Notably, James Brolin is listed for five episodes as the narrator. Sweet Tooth was created by Jim Mickle (Hap and Leonard), and Beth Schwartz (Arrow, DC’s Legends of Tomorrow), with writing by Mickle, Schwartz, Christina Ham and Jeff Lemire. Mickle is also joined by Toa Fraser and Robyn Grace as directors.

“We wanted to make a show that offers escape and adventure, where nature is reclaiming the world and in many ways, it feels like a fairytale. [It’s] a new kind of dystopian story, it’s very lush and hopeful,” said Mickle in a press release. “We want people to come into this world where there’s beauty and hope and adventure. This is a sweeping story — we ride on trains, climb mountaintops, run through forests. This is a show about what makes a family, what home really means, and why it’s important to keep faith in humanity.”

The original comic is described as dark and twisted, so it may be a surprise to some fans that Sweet Tooth is being produced by Team Downey and Warner Bros. as a family friendly, 8 episode series. The show will premiere on June 4, 2021, and is very likely to become the new summer hit.