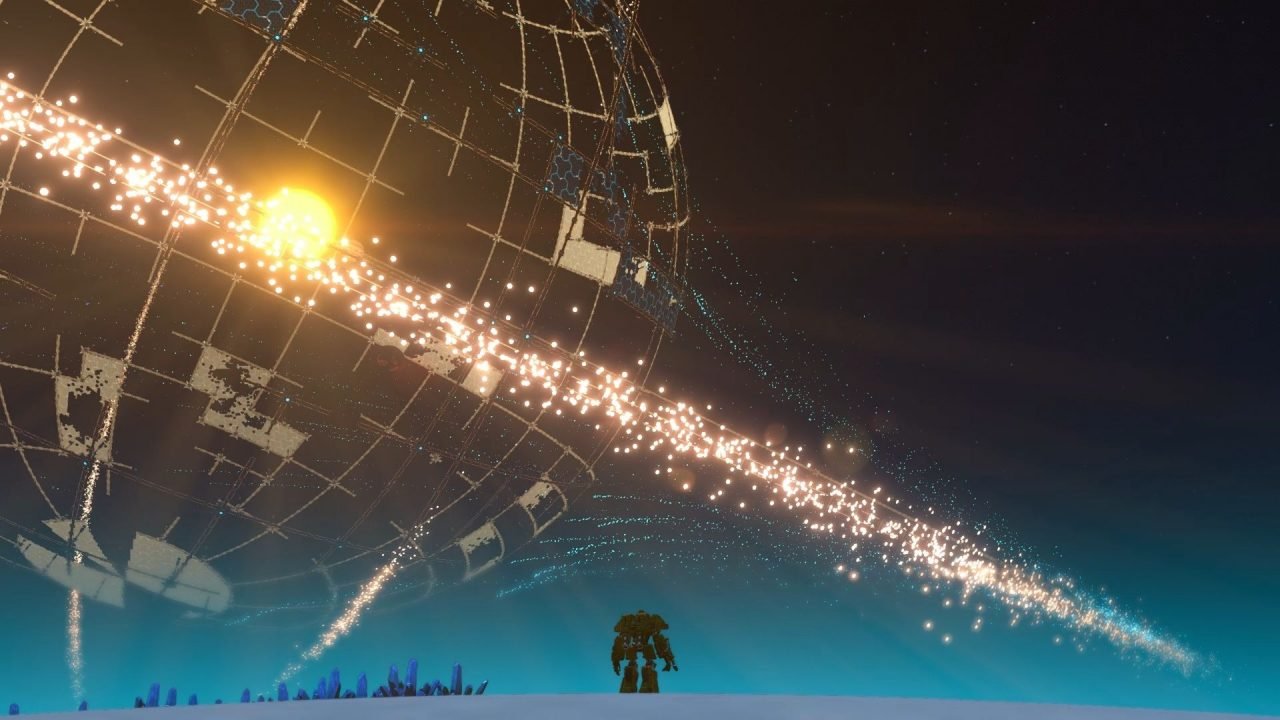 Tokyo Game Show 2021 is an exciting event for many developers to show fans their upcoming games. Gamera Game brought the heat with their Indie game lineup.

Gamera Game, an Indie publisher responsible for titles such as Iconoclasts and Warriors of the Nile on Steam, lit up TGS 2021 with a set of new games.

Gamera’s showcase was saturated with new Indie titles sure to ignite the Indie gamer passion in fans this upcoming season, with features from a wide variety of genres. The Indie gaming scene has been on fire with news recently, as there was an Indie House Direct late last month detailing many upcoming games from notable Indie developers around the world.

Tokyo Game Show 2021 is no exception, as Indie games have been introduced during their event as well. Here are the upcoming titles featured in the Gamera Game showcase.

Dyson Sphere Program, an acclaimed Sci-Fi world building simulator, is receiving an exciting new update to its gameplay that includes a new blueprint system to the already robust empire-building mechanics. That’s not all, as enemies and combat scenarios, huge space battles and raids, and a milestone and achievement system are making their way to the sphere.

The blueprint update comes to Early Access today, September 30th, with the other features still in early development. Early Access is scheduled to last for a one-year period and is currently around the six-month mark.

Pathless Woods, a third-person survival adventure game, with combat mechanics, building, and farming, was shown off. This exciting title featured the character exploring lush landscapes and fighting to stay alive against many enemies. The survival begins in 2022.

The Dark World: Karma, a first-person perspective horror game doused in a layer of mystery, was revealed. As an investigation officer from Roam, your objective is to uncover memories and solve puzzles in this psychological-based title. The investigation begins first on Steam in 2022, for a console reveal to happen at a later date.

Rise of Awakener, is a single-player action-RPG in very early development set in a fantasy medieval Europe. From a third-person perspective, players can unleash devastating combos to wreak havoc on the battlefield. A choice of three classes—the warrior, the mage, or the archer—will allow all types of RPG enthusiasts to play their way through this adventure. The adventure begins at a TBD in 2023, for the PC, the PS4 and PS5.

Firework, set in an eerie remote mountain village, is a horror puzzle game that sees a narrative set after a fire which makes authorities re-investigate a closed massacre case. The player is a rookie police officer named Lin Lixun, investigating the crime scene. As the plot thickens, Liu Lixun is forced to consider whether the evidence leads to the supernatural, or a mass murder. The game is available now on Steam, and the English language release is on October 21.

Finishing up their showcase is the return of Warriors of the Nile in Warriors of the Nile 2! The sequel brings back the Roguelite + Strategy marriage in hectic battles, as blessed by the Gods. Egyptian forces are trying to quell the invading Roman army. With the freedom to choose the route your adventure will take you, players will continue coming back for ‘one more run.’

Gamera Game showed off many exciting titles for gamers to dig their claws into for over the next year and beyond. With all the exciting news coming out, fans can stay up to date with the Tokyo Game Show 2021 (#TSG2021) on its website, and can follow along on Twitter.