The Witcher’s Geralt to be Featured in SoulCalibur VI

Fans of The Witcher 3 be merry, for Bandai Namco has announced that Geralt of Rivia will be a  playable character in Soul Calibur VI.

Bandai Namco announced the news in a press release and also debuted a gameplay trailer for Geralt. In the trailer, he is shown using his trusty sword and throwing together combo attacks using magic. and when Geralt is picked in battle the “Hunt or be Hunted” theme from the Witcher 3 will play in the background. On top of the character, there will also be a Witcher inspired battle stage in SoulCalibur VI, set on the training grounds of Kaer Morhen.

SoulCalibur producer Motohiro Okubo says that it’s a “great honor for the whole SoulCalibur team to welcome Geralt as the guest character in SoulCalibur VI. Thanks to the great cooperation with CD Projekt Red, we’ve been able to fully integrate Geralt’s fighting style and appearance. We can’t wait for SoulCalibur  fans around the world to welcome Geralt to the stage of History.” 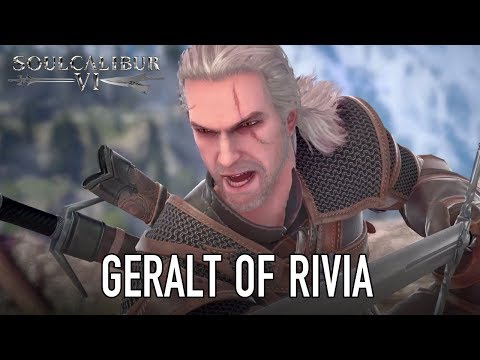 SoulCalibur VI is being developed by Bandai Namco and the addition of Geralt is in partnership with The Witcher developer Projekt Red.  Projekt Red’s community lead, Marcin Momo, says that the collaboration process was thorough and well thought out. “We’ve collaborated with Bandai Namco artists to faithfully recreate Geralt, and shared original Witcher 3 assets like Geralt’s model, animations, and weapons. I think Bandai Namco did an outstanding job of capturing all the details and introducing The Witcher to SoulCalibur in a way fans of both series will enjoy.”

The SoulCalibur series is no stranger to guest characters as they have previously had playable characters such as Darth Vader and Yoda. SoulCalibur VI is scheduled for release at some point later this year and will launch on PlayStation 4, Xbox One and Steam.

Liked this article and want to read more like it? Check out our article on other characters announced for Soul Calibur VI and Jordan Biordi’s review of Witcher 3.