Prime Day will be kicking off July 16, and Twitch Prime is already celebrating with its biggest game giveaway ever.

Gamers who have Twitch Prime are getting a free PC game every day until July 18. The best part of all is that these games are theirs to play and keep forever. In-game loot for PUBG and Warframe can also be claimed by Twitch Prime members.

Twitch is also working with top streamers throughout this month to showcase the free games. Streamers include SodaPoppin, Elegy, and SeriouslyClara.

As of now, Twitch Prime members can get Pillars of Eternity Definitive Edition, which is an RPG that allows players to forge their own destiny through their choices. Another game available now is Metal Slug 3, a run and gun experience where players blast their way through zombies, tanks, and even giant crabs.

The Last Blade and Twinkle Star Sprites, a fighting game and a 2D game top-down view with puzzle elements, respectively, are both available until Aug. 2. Finally, QUBE2 can be claimed today, and it’s a first-person puzzle game where the player is stranded in an alien landscape and must find their way back home.

Here is the full list of games, along with when they can be claimed by:

Pillars of Eternity Definitive Edition: July 2 to July 4: This is both a brawler and a puzzle game, where players cook up some combos by defeating monsters around them.

Metal Slug 3: July 3 to Aug. 2: This is a single player run and gun game where players fight their way through zombies, giant crabs, and armoured tanks.

The Last Blade: July 3 to Aug. 2: A fighting game set in an era where people dueled with swords and used supernatural powers.

Twinkle Star Sprites: July 3 to Aug. 2: A 2D game that combines the SHMUP and puzzle genres, where players shoot their way to victory.

QUBE2: July 3 to July 4: A first-person puzzle game where the player is stranded in an alien landscape and must find their way back home.

Battle Chef Brigade: July 4 to July 11: This is both a brawler and a puzzle game, where players cook up some combos by defeating monsters around them.

Manual Samuel: July 5 to July 12: A game where players must survive for 24 hours while controlling the body of their character manually

Next Up Hero: July 7 to July 14: A dungeon crawler where players fight horrific monsters and can resurrect their own spirit to fight alongside them.

Hue: July 9 to July 15: A puzzle game where players get to change the world itself by changing the colour of the background.

Deponia Doomsday: July 10 to July 16: An action-packed story in the form of a point-and-click adventure.

>Observer_: July 11 to July 17: A cyberpunk horror game where players make their way through a world taken by plagues and war.

The Bridge: July 13 to July 26: A 2D animated puzzle game inspired by M. C. Escher. Players challenge their preconceived notions of perspective and physics in order to solve the puzzles.

Brutal Legend: July 14 to July 27: A heavy metal action adventure RPS game that features voices from rock legends. Players control “The Chosen One” and fight their way through demons to save humanity.

The Red Strings Club: July 15 to July 21: A cyberpunk adventure game where players are on a quest to keep a big company from brainwashing the world.

Tyranny: July 16 to July 18: A narrative-driven  RPG that changes based on player choices during gameplay.

The Framed Collection: July 18 to July 31: An animated comic book of visual puzzles where players rearrange panels to change the outcome of their story.

Serial Cleaner: July 18 to July 31: A 2D action-stealth game where players are a cleaner for the mob and must clean up messes, get out, and not leave a trace of evidence for the cops. 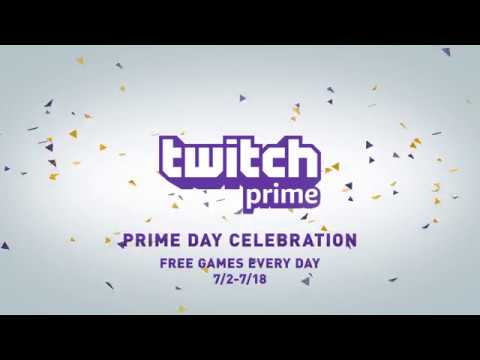 Liked this article and want to read more like it? Check out Amy Chen’s article on Warframe’s new chapter teaser.