Ubisoft Outlines Next Gen Plans and Beyond 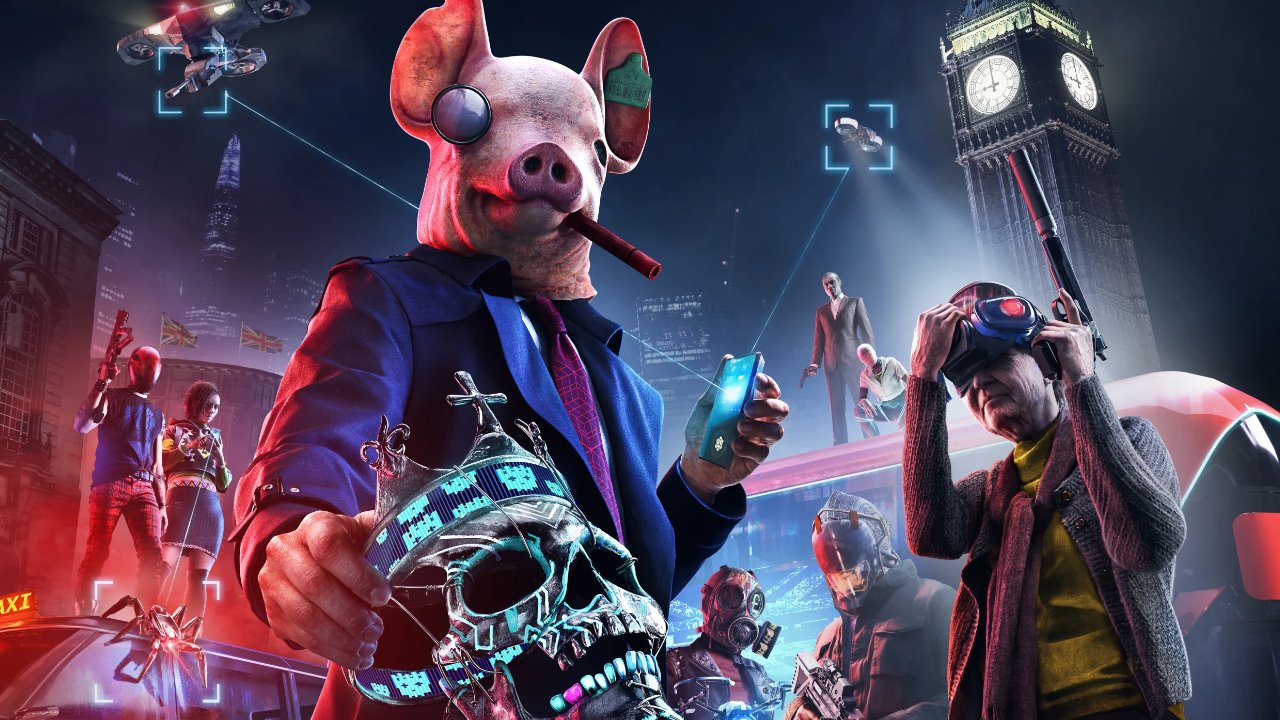 Ubisoft’s own E3-style showcase gave viewers details into upcoming games such as Assassin’s Creed: Valhalla and Watch Dogs Legion, while a couple of surprise announcements added new titles for players currently at home. As an incentive, all viewers also get a free copy of Watch Dogs 2 under their digital seats via. UPlay.

The Ubisoft Forward stream also featured a live presentation after its traditional on-stage appearance was cancelled amid worldwide coronavirus measures. This didn’t stop the French developer from revealing a full trailer for Far Cry 6 and a sizzle of their upcoming free-to-play battle royale Hyper Scape.

In the streets of a DedSec occupied London, players could assume different identities in Watch Dogs Legion. A brand new cinematic trailer outlined the plot, with more of London’s citizens banding together to fight against a military power.

The short film also showed off an excessive use of drones, suggesting the gadget is back from Watch Dogs 2 with a few offensive features of its own. The trailer also revealed resistance ally David Ford, seen driving a player character away from the action after a hot pursuit.

A deeper gameplay video showed third-person open world action, with players recruiting players after accepting their own personal quests. The NPCs can also be a part of Legion‘s plot, with a few appearing in cutscenes according to their roles.

Ubisoft’s next open-world city was also shown off, with PMC Albion occupying the city following an alleged terrorist attack. CEO Nigel Cass leads the army and serves as a main antagonist for players across the game’s story. Players also encounter crime lord Mary Kelley and her goons while she has the ability to control enemies.

In every mission, players can customize a team of random NPCs to play as. They can also use special skills, with characters like a construction worker being able to summon a giant drone to float into bases. Oh, and he’s got a surprisingly powerful nailgun. Drone expert Amy can use her gadgets to eliminate enemies without using a gun. She can also hack enemy drones – most of which can detect players from above. Players can also control the police officers roaming the streets and infiltrate Albion more closely.

A John Wick-type NPC can also be recruited, with Ubisoft even adding in the movie’s soundtrack to show off his Babayaga reaping skills in heavily occupied territory. A developer teased more references, including a boat full of cats, will be returning into Legion for players to find.

Phil Spencer from Xbox later showed up during Ubisoft’s show to confirm Watch Dogs Legion will be getting Smart Delivery, letting Xbox One owners upgrade to the next gen Series X version for free.

Brawlhalla players will be able to play for free on iOS and Android next week, in a cartoon-style fighting game similar to Smash Bros. The game will also share mobile crossplay while up to four players can customize the way they duke it out.

A CG trailer was shown for Tom Clancy‘s Elite Squad, Ubisoft’s next mobile action game with a similar animation style to Overwatch. It also features a surprise playable Sam Fisher who joins the game’s roster. It’s set to come out later for iOS and Android.

Hyper Scape was finally revealed with an official CG trailer, following earlier leaks about Ubisoft’s own battle royale game. Its story revealed a digital consumer landscape in 2045, with company Prisma inventing a VR headset that lets anyone access the Hyper Scape. As an online realm similar to Ready Player One, players engage in a 100-player battle royale with a variety of skillsets. The sole survivor can shoot, hack-and-slash and doge their way to getting a mysterious crown. Its story also sees players rising through the ranks to win amid a mysterious presence from an unknown hacker.

The battle royale showed off its first-person shooting action with teleporting across roofs and even shape shifting into a ball for protection. Hyper Scape also lets players experiment with ranged and melee combat while changing gravity and ammo types in real-time. The game is set to go live in an open beta, with hundreds of players soon being able to access an open map with a few characters.

Of course, players get a free battle pass while the Open Beta was surprise launched immediately.

Ubisoft also paved the way for Assassin’s Creed: Valhalla, which finally received details around its Viking setting (and how it played into the signature open world formula). As Eivor, he leads a Nordic community against the Anglo-Saxons as they search for a new settlement. They also clash in large conflicts while players learn about their connections to the Assassin Order.

A gameplay trailer showed off a customizable player across different hostile lands. Their longship becomes a main point of navigation over shores as enemies brace for battle. The third-person melee combat is back with a few tweaks, including grittier executions on unlucky enemies. Foes also come in numbers or size at every encounter, encouraging players to change their fighting styles constantly. This is helped with all weapons being pairable in dual-wield. Battlefields also contain secret loot rooms and additional resources for personal upgrades.

Eivor can also don an assassin hood via a cloak, and blend in with crowds to infiltrate enemy-occupied towns. These areas also contain legendary spots and some of the famous creatures waiting for players. The secrets are easier to gain as players survive through massive assaults, unless a few mythological creatures and Odin come to shake things up.

Far Cry 6 closed off the Ubisoft Forward livestream, with a first glimpse at the introduction cutscene featuring the names of its cast. The visuals also showed off a few elements, including guerilla warfare, bioweapons and drug trafficking as themes. The game also features a return to a tropical locale, with earlier leaks stating it would take place in a place frozen in time by another dictator.

Another CG trailer showed off Giancarlo Esposito in his role as Anton Castillo. He’s shown teaching his son Diego how to handle a live grenade – another lesson along his bloody inheritance. His monologue showed the new open world in despair, with protestors locked in a messy conflict.

Ubisoft CEO Yyves Guillemot made an appearance to greet players before suggesting a future Forward event (later this year) would be coming with fresh details.