This War of Mine Developer Announces New Title

This War of Mine developer 11 Bit Studios announced an all-new game coming to PC in 2017.

Titled Frostpunk, this IP is set in a frozen future, where mankind struggles to survive. Frostpunk wants to challenge morality while making players explore if the need to survive can change people and whether that change is good or bad. It actually sounds like the kind of content you’d see in your typical zombie or apocalypse movie or TV show, but fleshed out in a completely different environment. Sort of like Lost Planet meets The Walking Dead.

“This is a deeply serious game created for a mature player. Looking back at This War of Mine, we’re pushing boundaries even further, but we’re not pointing at reality in the same fashion,” says Michal Drozdowski, creative director at 11 Bit Studios. “We’re putting human nature under a microscope to ask about what happens when people need to stay alive.” 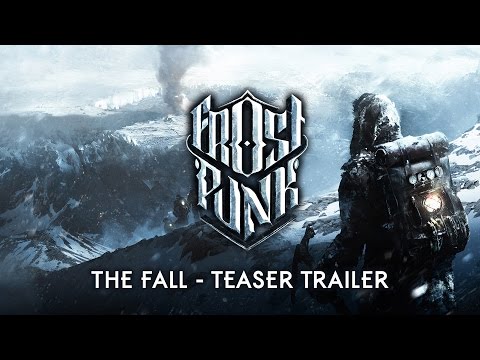 Not much is known about what the game is exactly, aside from a trailer and a small description, 11 Bit Studios has not revealed much. The 56-second teaser shows a man laying in the snow, frozen to death while a snowflake falls on his face while sombre music that brings thoughts of winter plays in the background. But in terms of actual gameplay, nothing has been revealed yet. Still, there is a pre-order open for Frostpunk for those willing to take the risk.

It wouldn’t be a large risk considering the developer’s pedigree. There is no denying that Frostpunk has a large shadow to live in. This War of Mine currently sits at an 83 Metacritic score with both users and reviewers praising its intense atmosphere. Frostpunk looks to be treading that same ground with an intense trailer and a view on society that may or may not be uncomfortable for some.