Digital Extreme’s free-to-play multiplayer online third-person shooter Warframe is receiving a pretty in depth update on Sept 13, 201.  The Silver Grove update came out for PC in early Sept, and should be live on PlayStation 4 and Xbox One now. The update goes a long way to simplify and streamline some existing elements of the game, as well as bring TennGen to console players.

The Silver Grove promises a great deal of tweaks and improvements over a great deal of Warframe. In this update, Fusion gets a complete overhaul, allowing extraneous mods to be broken down into Endo, rather than having to fiddle with the Fusion cores of the past. Partial upgrades are also gone, and UI will plainly list how much Endo is required to achieve the next rank.

Apart from that, there are a slew of other additions. A new frame, a new quest, glyphs to tag the environment, and some improvements on the previously mentioned in-game eSport. Lunaro expands with a new map, the ability to guard while in possession and, of course, a pass button. 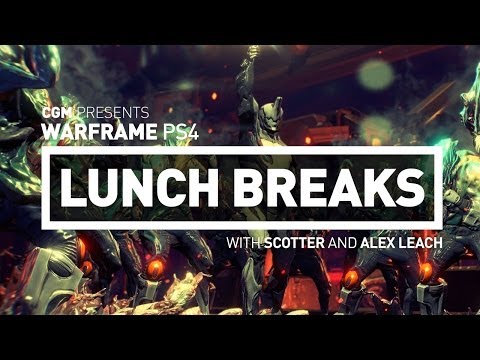 The Silver Grove will introduce console players to TennGen, a collection of cosmetic skins for their frame. The important thing about TennGen is that these skins are all user created. More importantly however, proceeds from the purchase of these skins will be split with the creators.

Warframe’s success shouldn’t be a surprise if you look at the support given to it by Digital Extremes. The game has no shortage of updates and add-ons, ranging from cosmetic skins to it’s own in-game competitive sport, Lunaro.

With an update like this, it’s pretty easy to see why Warframe has such staying power. The game initially released on the PC in 2013, and took its time before appearing on consoles. While fully featured AAA competitors have released and fizzled (games like Destiny and The Division have waning popularity)  this quiet free game is growing. At the time of this writing, it sits at 14 on Steam’s top player count, between Fallout 4 and The Elder Scrolls V: Skyrim.

When you are left wondering why Warframe has been kicking around for over three years, but The Division goes out of style after a few months, consider that it is probably because of the support Digital Extremes gives to both the game and the fans.