Nintendo NX news has been ramping up over the past year. Last month, the Pokémon Company confirmed that a Pokémon title would be headed to the NX, and that the console does, in fact, function as a hybrid. With Nintendo’s console reveal still on the horizon, hype has been overwhelming. But at Arlington’s Retropalooza, YouTuber boogie2988 gave a bit more insight into the industry’s views on the Nintendo NX after speaking with developers who have used the NX.

“I’ve talked to two people who have used it,” he stated during the panel. “One is somebody from Ubisoft and he said programming for it is actually really nice and Nintendo’s been working very closely with him and that the concept is great.” He went on to explain the potential of the hybrid system, referencing Ubisoft’s Assassin’s Creed franchise.

“Let’s say you could play Assassin’s Creed once you have your handheld plugged into your console. And then, you could then detach the thing and take it with you and play the Assassin’s Creed mobile game out of your pocket. And then when you get back home, plug it directly in and now it attaches back to the… That’s brilliant. That’s smart, right? Taking a form of the game with you as you go. So he says it’s a dream to code for.”

He also notes that a Super Smash Bros. title is rumored to launch with the console and the NX Pokémon game will be available “almost right away.” But unlike boogie’s discussion with NX users and developers, there wasn’t any more information to share on these claims during the panel. 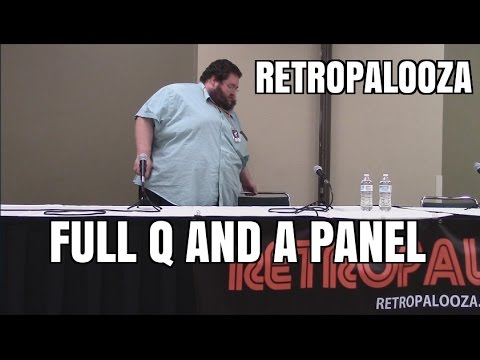 It’s interesting to note that boogie2988 specifically references a developer at Ubisoft. The publisher’s interest in developing for the Nintendo NX runs parallel to rumours from earlier this year that Beyond Good & Evil 2 will be developed for the NX as an exclusive. With another developer feeling it was “innovative” and wishing “we had done that,” there’s a good chance that the Nintendo NX is impressing the third-party developers that Nintendo needs to turn the NX into a major player on the console market. Not to mention, boogie2988 has a strong reputation for level-headed analysis of the gaming industry, so there’s definitely a sense of trust and credibility among enthusiasts that come with his statements. Stay tuned for more news as the Nintendo NX’s reveal draws closer.