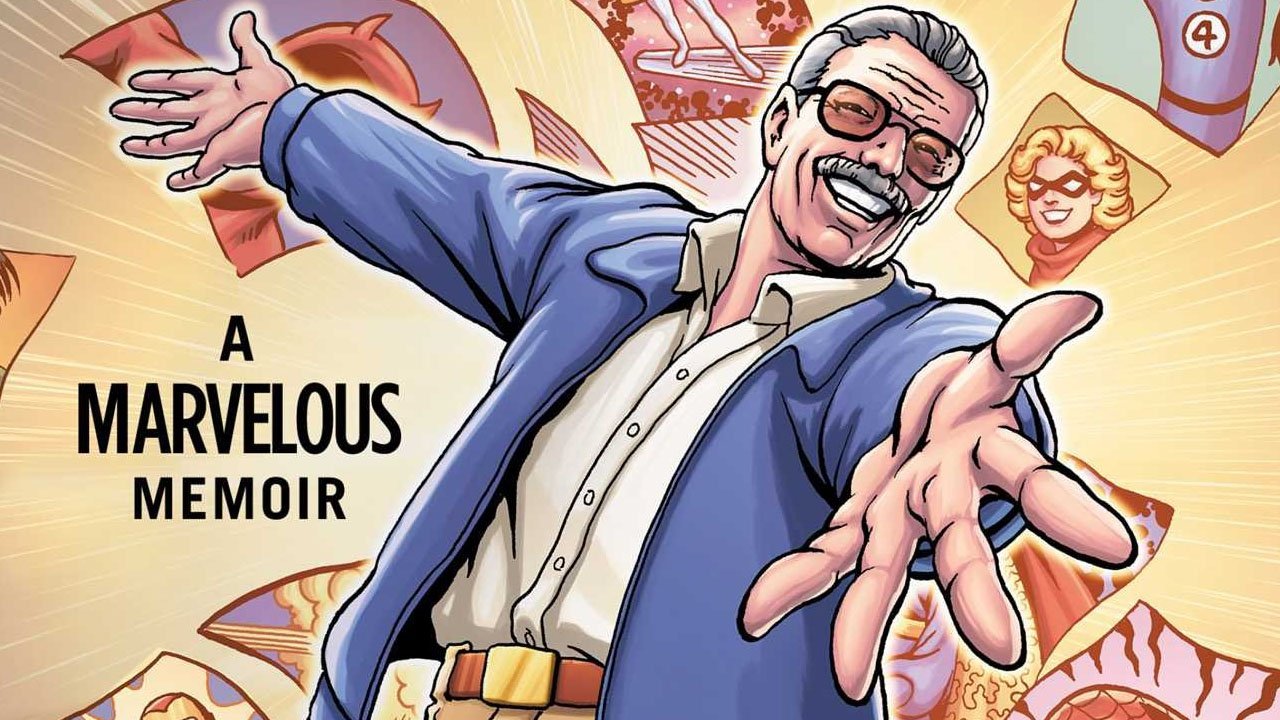 Amazing Fantastic Incredible: A Marvelous Memoir is quite the mouthful, and it’s a fitting title for a biography of comic book legend Stan Lee. Lee will forever be intrinsically linked with the comic book industry, his contributions innumerable and of utmost importance to the very medium of comic books. This new autobiographical graphic novel presents Stan Lee’s history in typical Stan Lee style, with a lot of style, humour, and tongue-in-cheekiness. If you’re a student of the comic book industry, this retelling of Stan’s formative years with Marvel won’t present you with much in the way of new information, although there are a few tidbits along the way which aren’t as well-known. But for the most part, the information here has been well-trod in the past, aligning with the classically accepted story of events which led to the creation of Marvel Comics’ most memorable and profitable characters. This isn’t a hard-hitting tale; nor is it a particularly revealing one, depending on your level of familiarity with the subject matter and the character of Stan Lee himself.

At the end of the day, however, it’s an enjoyable read, as Stan’s over-the-top style is perfectly matched by Colleen Doran’s brilliant artwork. It’s extremely expressive, and manages to match the manic energy that Stan Lee has always exhibited. The writing assist by Peter David doesn’t hurt either, and the overall experience is an enjoyable one. Stan Lee can be a divisive character for many, based on how he has become a household name, whereas his co-creators, such as Jack Kirby and Steve Ditko, amongst others, have become anything but. There are many reasons for this, and I do have to credit Lee and David for acknowledging some of the disparities between how well known Lee has become, compared to his co-creators. Much of the book manages to walk a fine line between telling the story of a life, and self-congratulation. Telling the story in the style it does manages to downplay the potentially egotistical nature of some of the accounts, thankfully. That being said, near the end of the book the story felt like it started to drag, as it coincided with a period where Stan was no longer actively working with Marvel, and so it started to feel like a telling of history that lacked the personal component that was evident when Stan was still a big part of how the company was moving forwards. Additionally, the last few pages felt like they were TOO congratulatory, as he described the various celebrity encounters he had had over the last couple of decades.

Keeping the story moving along nicely is the fantastic artwork of Colleen Doran. Her style is expressive and lively, and after reading this book I cannot imagine another artist having been as deftly able to match Stan’s style, no matter what is thrown at her.  There is also a ton of old artwork used here, such as classic comic book covers to coincide with when Stan will introduce to the narrative another character he has created. The design of the book is quite nice, and when the dust jacket is removed, the blue hardcover has numerous faces of comic book characters on the cover—all characters created by Stan Lee, of course. It’s a nice addition to the hardcover version of this book.

When the memoir sticks to when Stan was most involved with Marvel, and creating many of their stable of characters, the book is at its most enjoyable. The way in which the memoir is told is very bombastic in its very nature, much like Lee himself. It’s only when the book feels more like a listing of accomplishments and famous people the author has met when it starts to grind to a halt and becomes a slightly more laborious read. Thankfully, this only occurs right near the end, and it doesn’t sour the reader on the overall experience. When Stan does get emotional (and the artwork brilliantly corresponds), it’s when this book is at its strongest, when the real Stan Lee seems to poke through, and the most human, relatable aspects of the man emerge. The less you know about Stan Lee going in, the more enjoyable and informative this book will be.

Amazing Fantastic Incredible: A Marvelous Memoir is quite the mouthful, and it’s a fitting title for a biography of comic book legend Stan Lee. 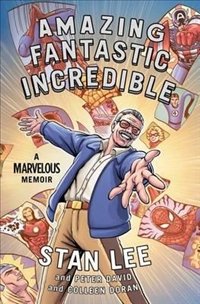