Batman: Arkham Origins (PS3) Review: Out With The Old, In With The…Old 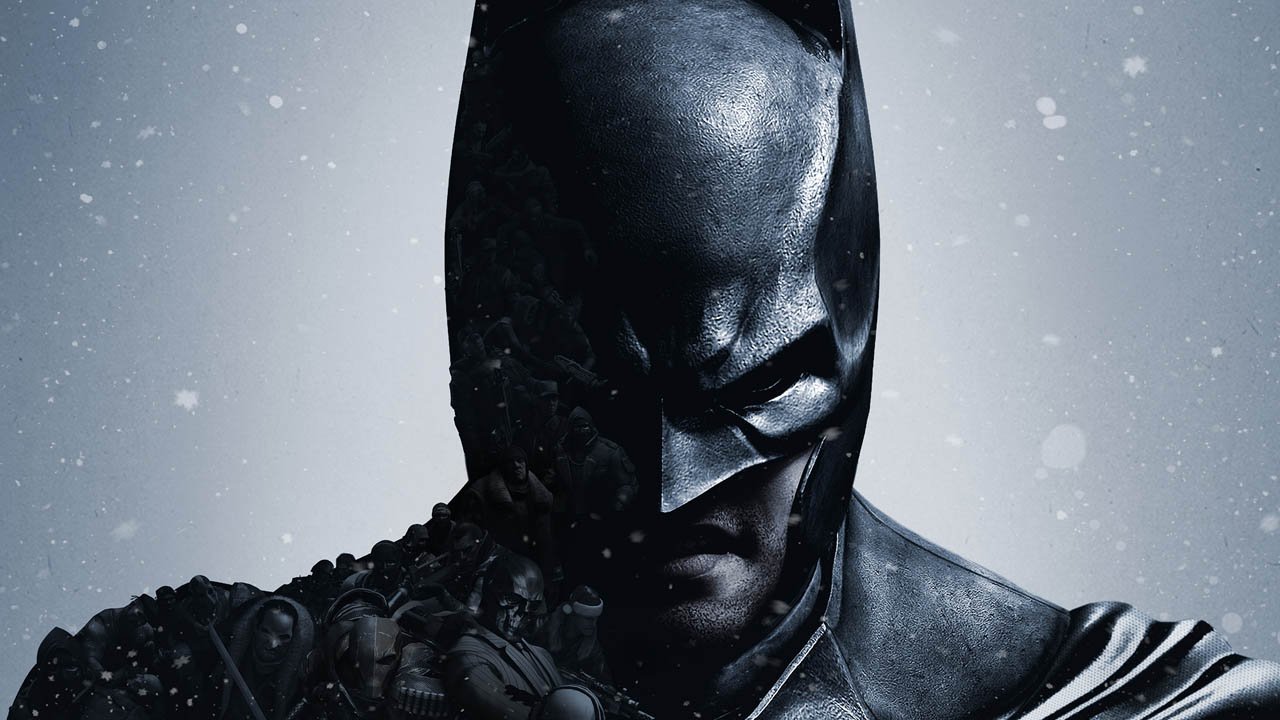 Batman: Arkham Origins is a tough game to review. If it were possible to divorce the game from the rest of the Arkham series, it would be impossible to deny just how much bat-tastic fun the title provides. However, that’s just not possible. The game is the third entry in the arguably finest superhero video game franchise ever produced and it is very much a sequel that was cranked out to feed a demanding marketplace rather than the next evolution in an evolving series. Without Rocksteady’s guiding hand, this very much feels like the product of designers who showed up late to the party trying to keep things going. It’s still a great deal of fun and something every Batman-obsessive must take for a spin. However, Arkham Origins is undeniably also a mild disappointment. Thankfully, the series is so popular that it goes without saying that a next-gen evolution is on the way that will right all the wrongs here. This is more of a stopgap release to tide fans over before they shell out for a new system that will deliver the next proper Batman game. That’s far from ideal, but it’ll definitely do for now

As the title suggests, this Batman outing is a prequel. However, unlike the title suggests, it is neither an origin story nor does it take place at Arkham. Nope, this is kind of a late Year One or maybe even Year Two Batman adventure. Good ol’ Bats already has the suit, the cave, the batwing (but amusingly the batmobile seems to be under construction. You’d think you’d shell out for a car before a plane, but then you’re not a crimefighting billionaire nutjob, now are you?), the reputation, the toys, and all the moves. However, he’s not yet a partner with Gordon or Robin, nor is a certain evil clown part of his life. As you’d expect, all of those elements come together before the end of the story. It all kicks off with Black Mask hiring a team of assassins including Deathstroke and Bane to kill Batman in a single night (and on Christmas no less! What a jerk). It all ends with… well that would be spoiling. But honestly, if you can’t see the twists in this story coming a mile away, you just aren’t trying. Sadly longtime Bat-scribe Paul Dini (he of Batman: The Animated Series and Mad Love fame) didn’t write this chapter in the Arkham series. So, the story is not nearly as reverential to the mythology or as intriguing on its own. Still, it works well enough and offers plenty of treats for fans. By ditching such a key member in the creative team, this game should have been a disaster. However, the new guys did well enough, including the Mark Hamill and Kevin Conroy impersonators hired to voice Batman and the Joker.

What works best in Arkham Origins is, unsurprisingly, exactly what worked in the previous titles. The WB Montreal folks inherited one hell of a template when they set out to make this title, and they were wise enough to know not to fix what wasn’t broken. The combat system remains a joy. Beating up a few dozen henchmen happens with ease and impressive animation variation. Flying around the city with your extended cape also continues to be a blast and the design of Batman, the side characters, and the world remains undeniably detailed and impressive. Most of the changes made were cosmetic and work quite well. There are more dynamic camera angles to the fights and cutscenes. The boss battles are massively improved by seamlessly mixing quicktime events and brawling mechanics into a series of unique fight scenes that offer plenty of visual pizzazz without sacrificing tight controls or going on for too long (in particular an early round of fisticuffs with Deathstroke is pretty damn amazing). They’ve also added an amusing twist to the crime scene investigations. You’re still essentially just pointing at evidence and waiting for Batman to tell you what it means, but now his Bat computer features fully animated crime scene reconstructions that can be played forward and backwards in a really nice touch. Hopefully these small tweaks make it into future entries in the series because they build on the already stellar Arkham City designs in quite fun ways.

Now what doesn’t work. As I said before, Arkham Origins is definitely the work of designers playing in an established sandbox and that inevitably leads to problems. First off, the game is filled with bugs and frame drops. Clearly this was a rushed production and it shows both in big irritating ways (at one point I made a wrong turn in the narrative and trapped Batman in the GCPD headquarters in a way that forced me to restart the entire campaign to set right) and also in smaller ways. In particular, the game takes place on a single night in Gotham and the whole city can be explored as Batman’s playground. However, since the Arkham City engine is used, there are absolutely no citizens anywhere in Gotham. The city is a ghost town other than thugs for smashy-smashy. That was fine in Arkham City since it was supposed to be a quarantined island used as a prison. However, it just feels weird here and often the city is so large to traverse between missions that it can even be boring to explore. Sure, you can use the Batwing to move to established checkpoints, but if you want to skip large sections of the map in a sandbox game, it’s a sign that something is broken. Perhaps I’m just spoiled from the wonderful open world of GTA V, but it was certainly a distraction here that needs to be addressed in future entries.

WB also added an online multiplayer in which you’re either a gang member in a third person shooter fighting for real estate or Batman and Robin beating up said gang members. It’s a fairly clever idea, but doesn’t work well enough to be more than a novelty. The button mash challenge maps are also included (including a playable Deathstroke). Yet just like in previous Arkham games, they’re more pleasing distractions than anything substantial. Actually, insubstantial is probably a good word to use to describe Arkham Origins as a whole. The game does everything you’d expect from the series and offers that sugar rush of fun that you enjoyed before. However, aside from a few cosmetic tweaks and some all-new problems, there’s really nothing fresh here. The game is still worth picking up because it offers the comforting hug of an old friend, just don’t expect that jolt of excitement you felt when you realize how much Arkham City had built upon an already stellar design. This one is a retread, but thankfully it’s a retread of one of the greatest franchises of the last generation. Consider it a victory lap for the guys who finally did a Batman game right and hope that the reason they didn’t kick it up a notch this time is because the inevitable next gen sequel will be kicking things up by at least 10 notches.

Yet just like in previous Arkham games, they’re more pleasing distractions than anything substantial. Actually, insubstantial is probably a good word to use to describe Arkham Origins as a whole. 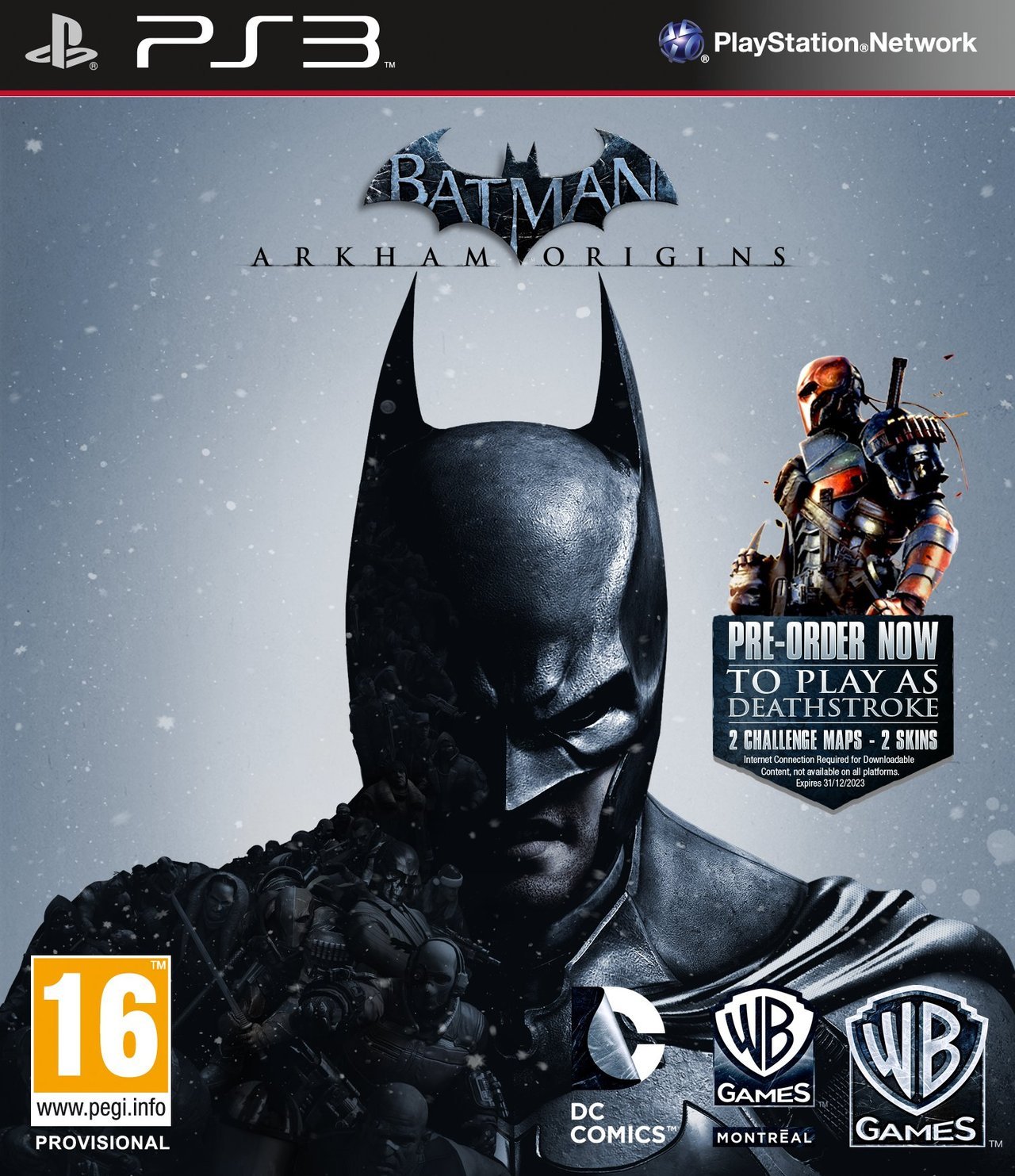