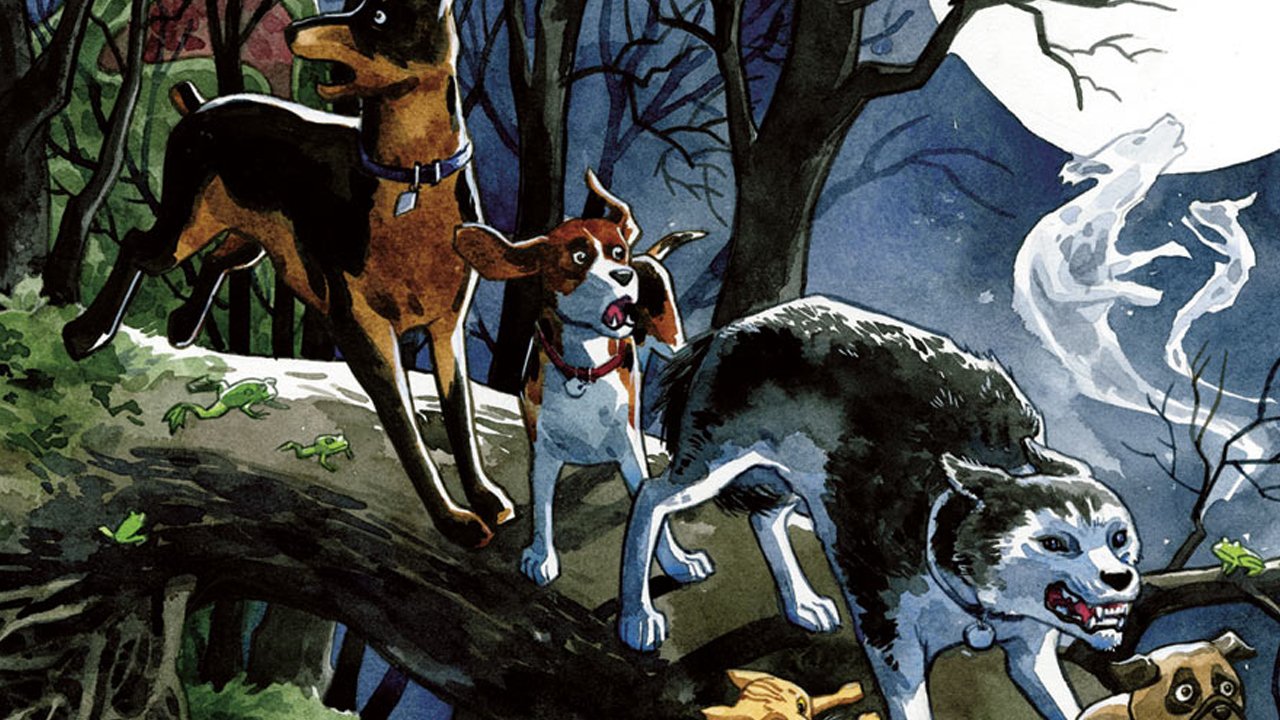 I hate dogs. I'm not an animal lover overall, but dogs, in particular, bug me. They're kind of dumb, and their loyalty feels false, as if their unconditional love could be given to just anybody. They don't have standards and pride, like cats, and aren't low maintenance, like fish. I have a hard time seeing their appeal.

Beasts of Burden: Animal Rites did nothing to change my opinion of dogs, at first. Written by Evan Dorkin (Milk and Cheese, Dork )  and illustrated by Jill Thompson (Sandman, Scary Godmother), Beasts of Burden started off in anthology comics before becoming its own series in 2009. The first few anthology pieces are short and weak. Jill Thompson's beautiful watercolours give a lush feel to these tales of dogs (and a cat) solving supernatural mysteries around the town of Burden, but the writing is too precious. There are “jokes” about dogs chasing cars, and smelling each other's behinds. It's obvious and childish without any charm.

The quality of writing improves. In the first longer piece  “A Boy and his Dog” (cowritten by Sarah Dyer) Ace, a husky, befriends a young man who can speak to animals. In this story we finally get to see what's so admirable about animals, why we as humans treasure them and need them. It's also the first story to treat the animals as individuals. Ace is the star of that story, but we get a sense of Pugsley's (a pug, of course) constant pessimism, and of Rex's occasional cowardice.

It's only in the last few stories that the series starts to get a strong sense of purpose. Dorkin lays the beginning of a mythology to his work, establishing threats like witches and the creatures in the sewer. Events escalate and by the end there's a sense of foreboding. If Dorkin and Thompson keep going in this direction, they'll have something great.

Thompson's watercolours run wild, injecting the series with a lot of energy, despite the early leaden writing. Her art is versatile. The style naturally lends some scenes a sense of beauty, but during the grisly scenes, it make things more grotesque. Her style can handle the gruesome, wintery conclusion of “A Boy and his Dog,” but also handle the colourful fields and creatures in “The Gathering Storm.” Thompson occasionally fumbles -- her full, colourful style doesn't always work with the human characters, lacking the detail for emotion -- but these instances are rare.

Beasts of Burden, like the town it takes place in, is deceptive. If you give yourself enough time, you'll be able to see past the chirpy exterior into a tense, and at times, grisly series. You can tell in the later books that Dorkin has hit his stride, playfully dancing between ideas like raining frogs, and darker tales of animal torture. Beasts of Burden didn't make me love dogs, but it did manage to make me care for these dogs.

Final Thoughts
Beasts of Burden, like the town it takes place in, is deceptive. If you give yourself enough time, you'll be able to see past the chirpy exterior into a tense, and at times, grisly series.
More From CGMagazine 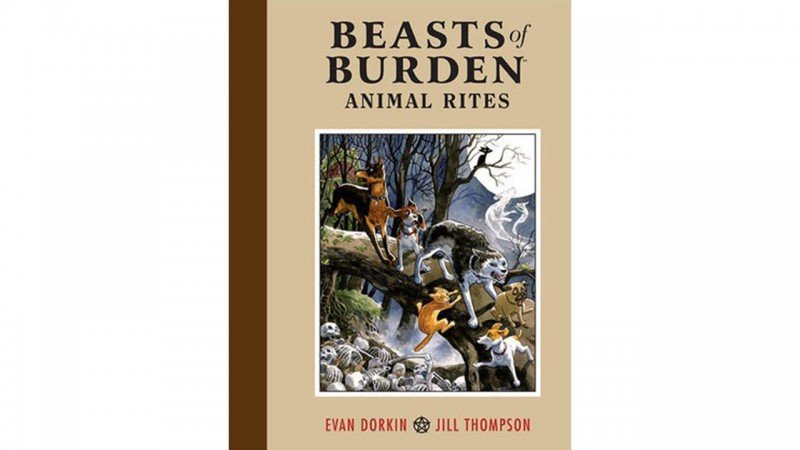