Bloodborne The Lady of the Lanterns Issue # 1 Review

A Return to the Waking World 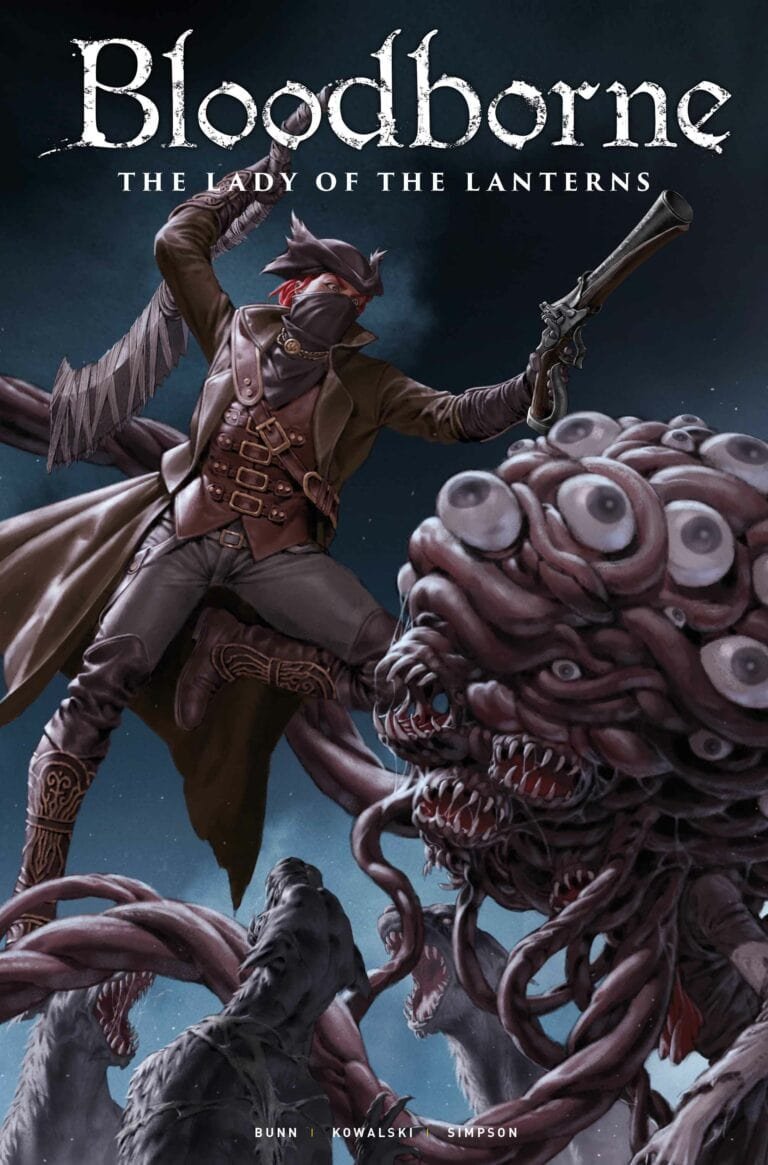 Bloodborne immediately comes to mind when I think of console-exclusive favourites, from its refined signature Souls combat system, to the dark gothic Lovecraftian aesthetic that steeps the world of Yharnam. Aside from the gameplay and stellar visuals, Bloodborne drew me in with its rich but cryptic story, with many elements of the narrative relegated to item descriptions and snippets of dialogue from the game’s many NPCs.

Naturally, this lends Bloodborne to be perfect for adaptations such as Dark Horse Comics and their 3-part series, starting with The Death of Sleep, which fleshes out and explores aspects of the Old Hunters DLC of the game.

Bloodborne The Lady of the Lanterns, then, is a brand-new story which seems to be set earlier in the overall timeline of both the games and comics, during the early days of the healing church and its influence over Yharnam, specifically, through the rampant use of old blood.

Bloodborne The Lady of the Lanterns opens with two young siblings, Vivian and Lucien, anxiously awaiting the return of their father, mistakenly opening their door to a hunter named Barnabas Cade, who they initially mistake to be their kin.

“Bloodborne The Lady of the Lanterns, then, is a brand-new story which seems to be set earlier in the overall timeline of both the games and comics…”

The kind but weathered old hunter quickly dispatches a beast that attempts to break into the young children’s abode before giving them the grave news that their father has likely succumbed to the scourge. Piotr Kowalski and Brad Simpson’s art and colouring, respectively, make a return, masterfully appropriating Bloodborne‘s distinct and oppressive aesthetics with panelling that depict a Yharnam still in flux, with elements of civilized normality at ends with the encroaching horror of the old blood.

The Lady of the Lanterns features a sinister siren-like chant that seemingly beckons the titular character while suggesting the aberration’s ability to transform unfortified minds into beasts, akin to those exposed to old and pale blood.

Barnabas Cade mentions he was also drawn in by the Lady of the Lanterns, someone he refers to as Abigail, suggesting an intrinsic connection to the character. The comic does an apt job of setting up an exciting story that builds intrigue towards the Lady of the Lantern, to the point where its abrupt end left me wishing the first issue would spend a little more time focusing on Barnabas and his connection to Abigail, rather than focusing on the children.