The Justice League is DC Comics’ greatest assortment of superheroes. The team first united in The Brave and the Bold #28 in 1960. Team members at the time included Wonder Woman, Aquaman, The Flash, Green Lantern, Marian Manhunter, Batman and Superman (albeit the latter two with only a cameo). At that time, the superhero group was called The Justice League of America. Throughout its history, from a carousel of heroes consistently rearranging the lineup of the JLA to the Saturday morning super group called the Super Friends, the Justice League has always been one thing: a team. It is thanks to that squad of the World’s Finest that the Earth can be kept safe from intergalactic threats, which is what faces our planet’s guardians in Justice League Rebirth #1.

Justice League Rebirth begins with a hideous creature hovering high over a city, laying waste to buildings and sending out miniatures of itself to attach to the heads of humans. The only thing standing in this interstellar monster’s way is the Justice League. Check that—the Justice League minus the Last Son of Krypton. At the end of the New 52 run, Superman died. Fortunately for the comic book world, there is another Superman waiting in the wings. As DC’s Rebirth is essentially combining the New 52 with the past DC storylines, this new Superman is the Superman of old; the one who died at the hands of Doomsday way back in 1992, and later returned from the grave. Worlds have collided with Rebirth and we, the fans, are benefiting most. When one Superman goes down, another one is there in his place. As Lois Lane puts it, “It wouldn’t be much of a Justice League without a Superman.”

This incarnation of the Justice League consists of Batman, Wonder Woman, Aquaman, The Flash, Cyborg, and the two rookie Green Lanterns. It isn’t until a pivotal moment in Justice League Rebirth #1 that the Man of Steel makes his dramatic entrance and joins the team. Writer Bryan Hitch does a good job balancing the precarious nature of such an arrival. While the Justice League needs someone like Superman, they are still reeling from his death (especially a distraught Wonder Woman) and skeptical of his emergence on Earth. But when the planet is in peril, it’s all hands on deck. Hitch ends the comic with the classic hero shot of all our champions banding together, but he also leaves just enough keen interest into this galactic threat and what waits on the horizon for the Justice League.

Justice League Rebirth #1 is illustrated by Daniel Henriques with Scott Hanna. While this reviewer isn’t a fan of their style, their work didn’t detract from the story. For me, their artwork isn’t a stand out, but there is enough in the storyline to keep the pages turning. 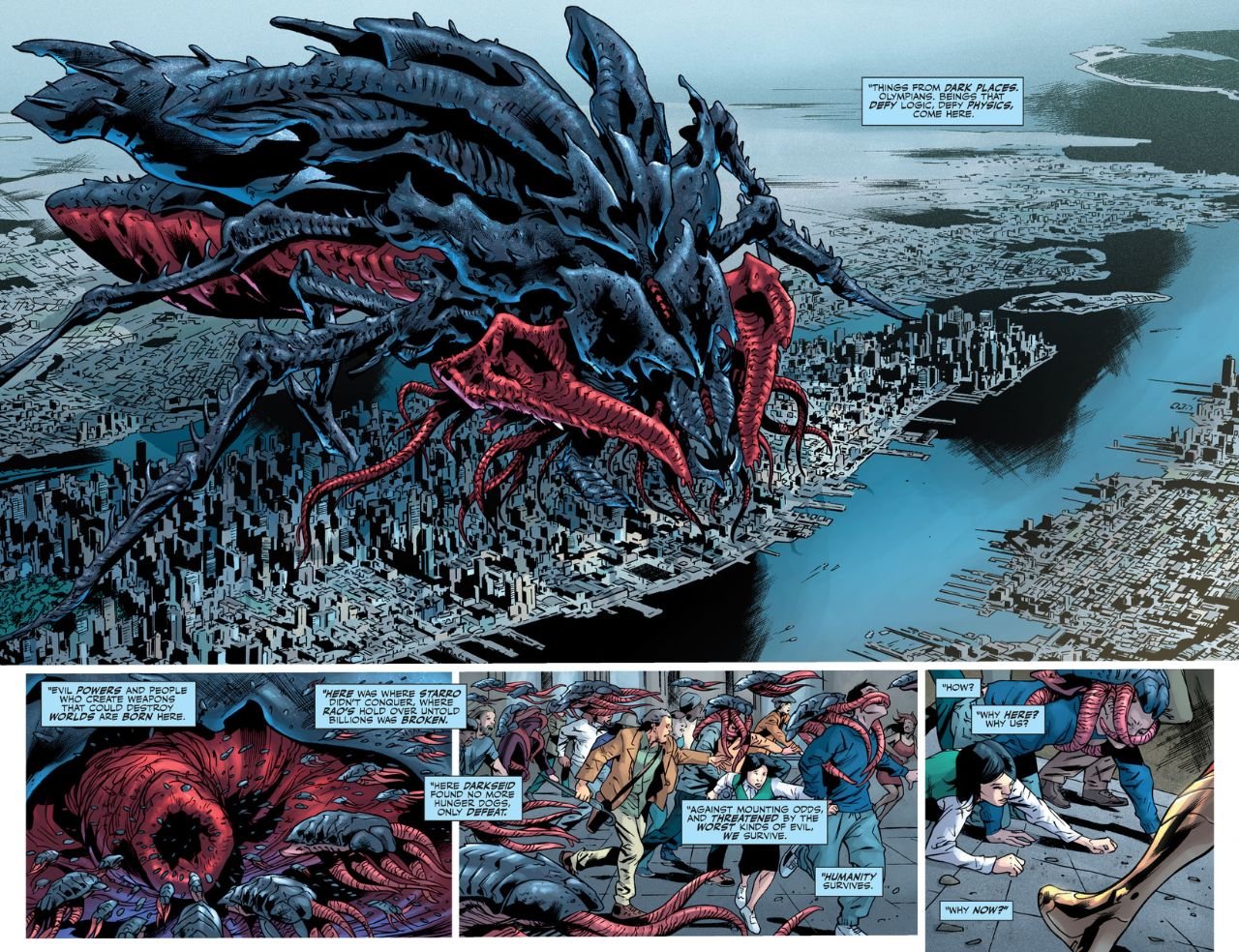 What works best in this Rebirth comic is that the reader is dropped right into the action from the get-go. In other Rebirth one-shots like Superman (check out my review), there is a slow burn in effect. The story grows at a medium pace. In comparison, Justice League Rebirth #1 hits hard and fast right from the opening panels. And that’s the way things should be for our guardians. They are Earth’s mightiest heroes for a reason. Here, we get exactly what fans want from a Justice League comic: our saviours fending off a giant beetle-like alien, sending it, with its bags packed, back to where it came from.